When Disney announced the addition of Toy Story Land to Disney’s Hollywood Studios in Walt Disney World, it was like Christmas morning in our house. Our family is huge fans of the Toy Story franchise and have been since the very beginning. We hoped a Toy Story themed land would make its way to one of the American Disney Parks someday. Now is that time. 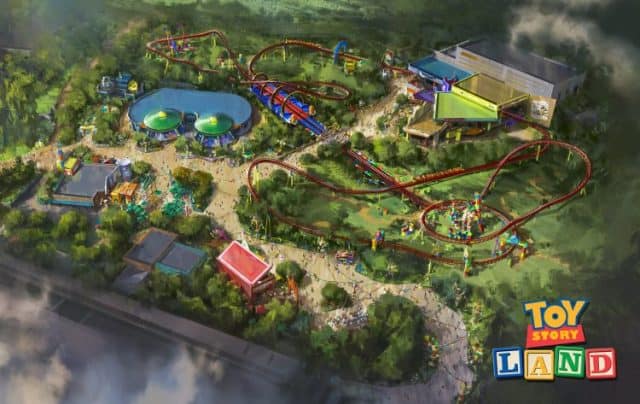 The highly-anticipated Toy Story Land opens on June 30, 2018. Based on the artist renderings and all the information that has been shared so far, this is a themed land like no other. Andy has set up his yard for the best playtime ever! Guests will feel like they have “shrunk” down to the size of a toy as they explore larger than life toys and games in the 11 acre ‘backyard’ space. Get ready to be immersed in the playful world of toys!

While the whole idea of Toy Story Land is awesome in our book, there are 5 things that will make this land extra special. Here’s what we think are the 5 awesome things about Toy Story Land in Disney’s Hollywood Studios. 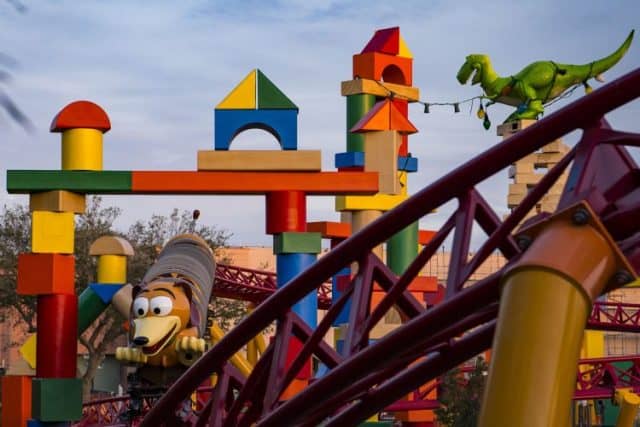 As a parent, one of my biggest gripes about Hollywood Studios is the lack of family-friendly rides. Enter Slinky Dog Dash, a family coaster that Andy has assembled for maximum family fun.  Riders of all ages will delight as Slinky Dog bends and twists his coils around curves, hills, bridges and drops in the Slinky-est coaster ever. Riders will zip around and above Toy Story Land, serving up panoramic views of all that the new land has to offer. Andy’s colorful creation will stretch Slinky Dog and his coils to the max – from his head to his upturned tail – and be fun for the entire family.

*Note that there is a 38″ height requirement for this ride. 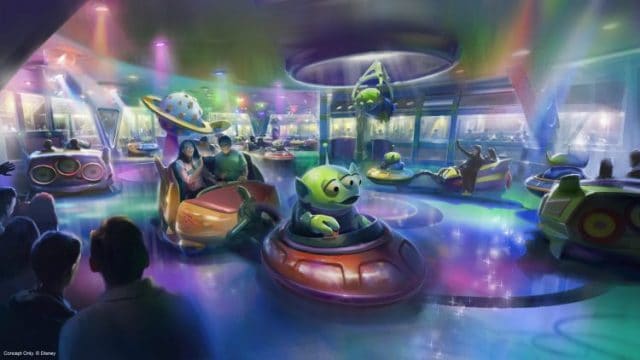 Remember the little green men from Pizza Planet? They are now the star of their own new attraction, Alien Swirling Saucers. And its another family-friendly ride! Aliens swirl about in their flying saucers with guests in tow in their rocket-ship toys, while “The Claw” hangs overhead. This space adventure is set  to re-imagined intergalactic music and is covered with multi-color lighting from throughout galaxies.

While I was hoping for a re-imagined Pizza Planet or even a Toy Story themed character meal, there will be a new place to grab a bite in between all the playing. Woody’s Lunch Box is a quick service restaurant offering tasty meals, sponsored by Mini Babybel cheese. Personally, I can’t wait to get my hands on one of their old-fashioned soda floats. Talk about taking you back. And speaking of which… 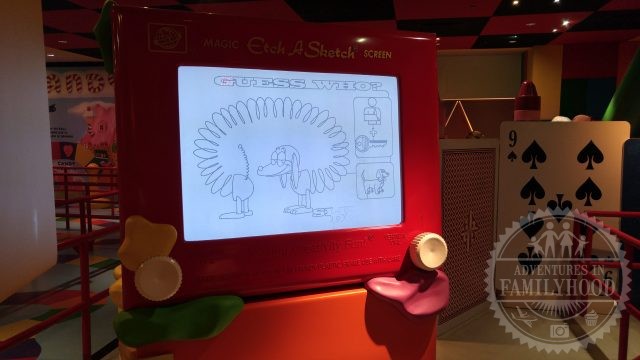 Toy Story Land really pours on the nostalgia. Larger than life Crayons, Rubik’s Cubes, Cooties, Green Army Men and other toys and games are scattered throughout the land. Even the light posts will be shaped like Tinkertoys. These are the toys that parents and grandparents played with as kids. This connection between past and present opens the door to conversation and storytelling. I can see my kids pointing out toys and us telling them the stories of how we used to play with them when we were younger. These toys are iconic in their own right. Even if there had never been the Toy Story movies, toys like Mr. Potato Head or Slinky Dog would still hold a special place in our hearts.

Disney imagineers have gone to infinity and beyond in the creation of Toy Story Land. The entire land was planned to make guests feel like they have shrunk down to the size of a toy. The immersive experience into the world of toys through rides and attractions will make guests feel like they are a part of the story. Combine that with Disney’s trademark attention to details and you have a land that is themed like no other.

What are you most excited to experience in Toy Story Land? 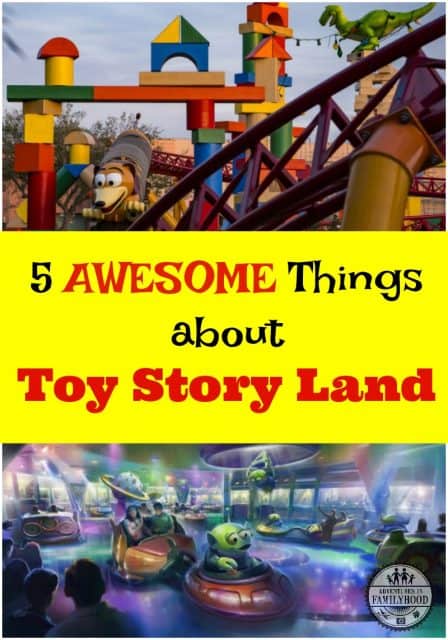 This is really interesting, You are a very skilled blogger.

I've joined your feed and look forward to seeking more of your excellent post.

Also, I have shared your web site in my social networks!