Looking for a family-friendly way to get into the Halloween spirit during October? Then take your little monsters to the Bronx Zoo this weekend for “Boo at the Zoo”. We were given total experience tickets for our family to check out all the fun for ourselves, and we think it’s worth it! 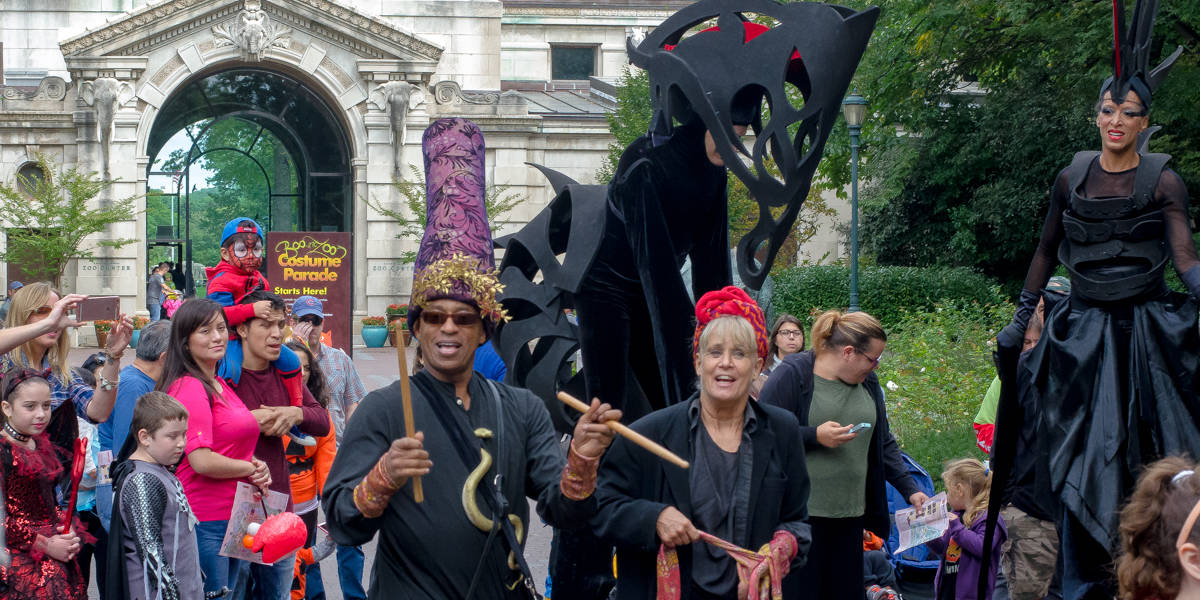 “Boo at the Zoo” has everything a great family Halloween outing can offer, with lots of treats and just the right amount of fright. It’s being held weekends from September 29th – October 28th and Monday, October 8th (Columbus Day). Here’s what we loved about “Boo at the Zoo”…

The Bronx Zoo is one of the largest and most famous zoos in the world. We visited the Bronx Zoo on numerous occasions and we still haven’t seen all there is to see. In fact, this was our first-ever “Boo at the Zoo” experience, even though they’ve been doing this for years.

“Boo at the Zoo” Highlights 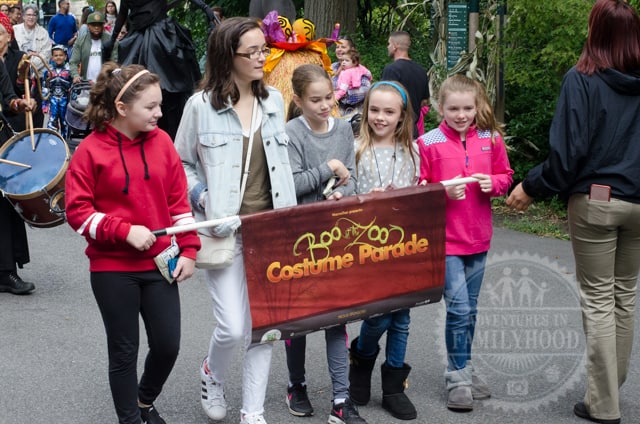 The Costume Parade marches through the zoo twice per day. Kids and adults can wear costumes to the zoo and join the parade, led by a cast of interesting characters such as Spiny Spider, The Horse of Bones, The Snakey Drummer, and something called “Mog Wog”? The parade leads the guests to an area where they can all dance together. 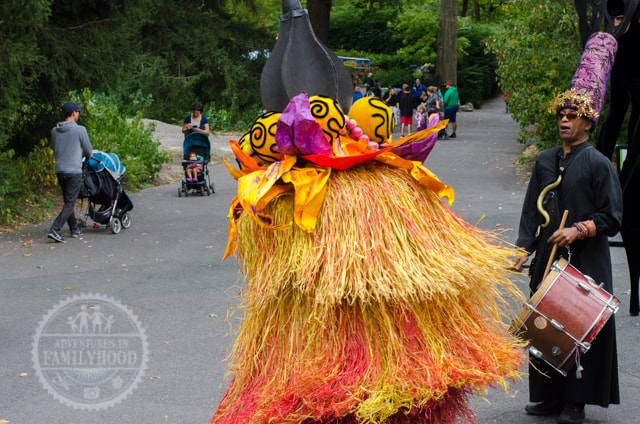 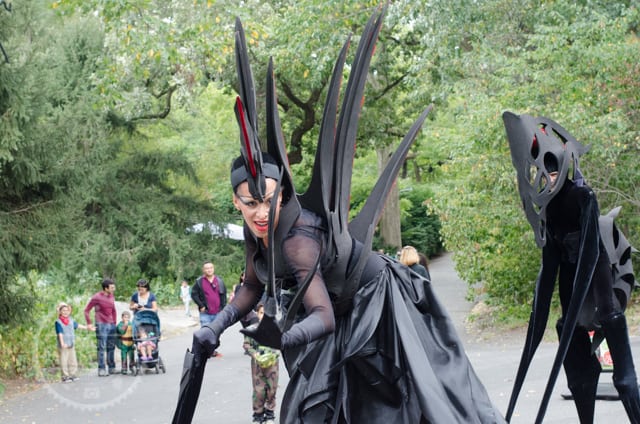 The costumes are unique and cool. What makes this experience extra fun is that you can dress up and get involved if you want. Or you can just sit back and watch! 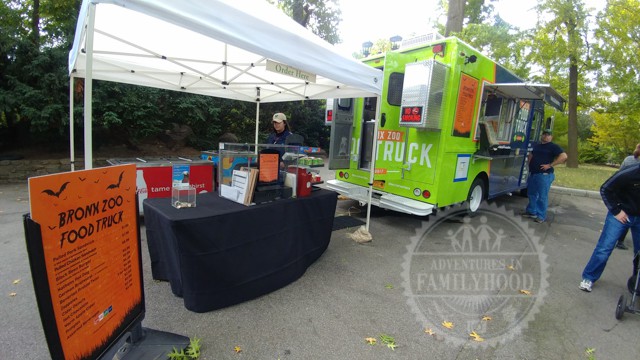 After seeing the parade, we headed to Bootober Fest for some snacks and drinks. There was a food truck, live music, games, and even marshmallow roasting complete with chocolate and graham crackers for making s’mores. For adults, there are some craft beers. The music and games are free, but all food and beverage items were at an added cost. 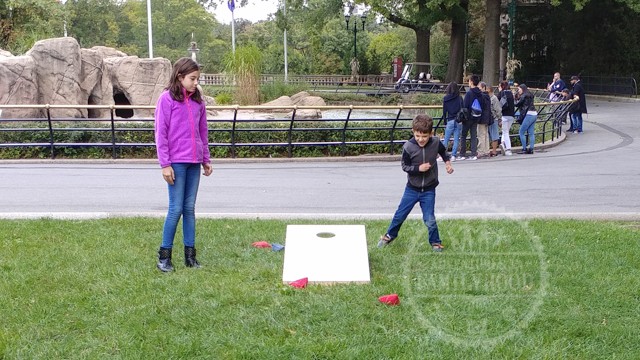 Bella and Jackson play cornhole on the lawn. 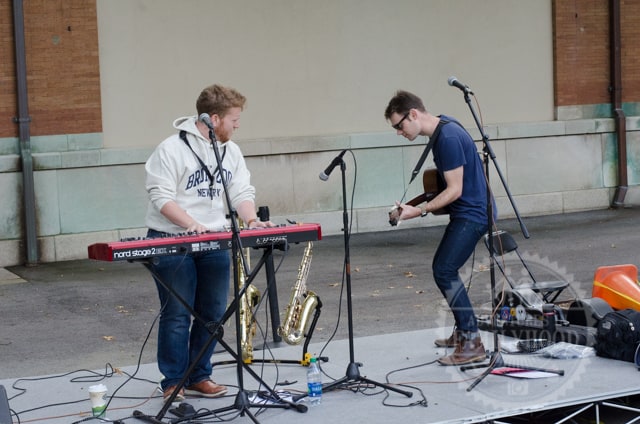 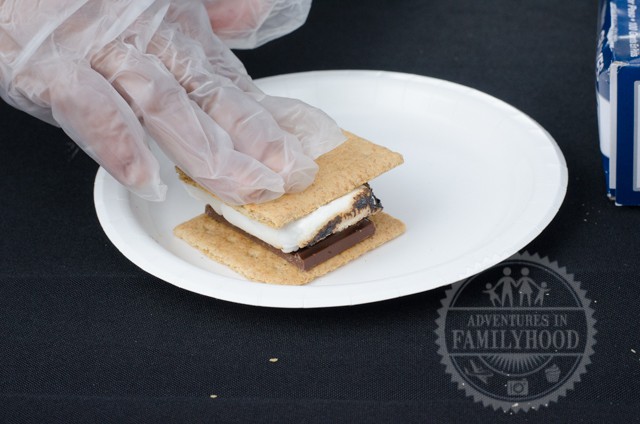 We roasted marshmallows and enjoyed s’mores! 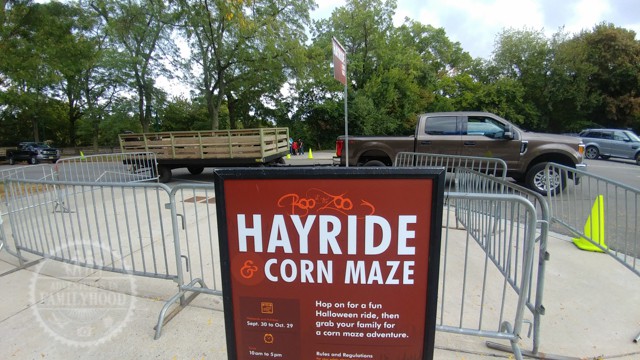 After our treats, we went on the Halloween Hayride. This 10 minute ride takes you through a “hidden” part of the zoo filled with surprises. I was impressed at the work that went into it and pleased that it wasn’t too scary for the kids. There was a little bit of driving to get to/from the pickoff/dropoff area to the actual hayride trail, but they played some festive music for that portion of the ride, and then switched to an eerie sound effect soundtrack for the trail portion. 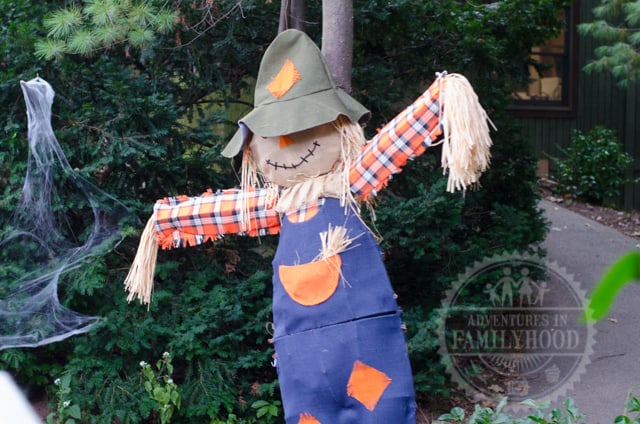 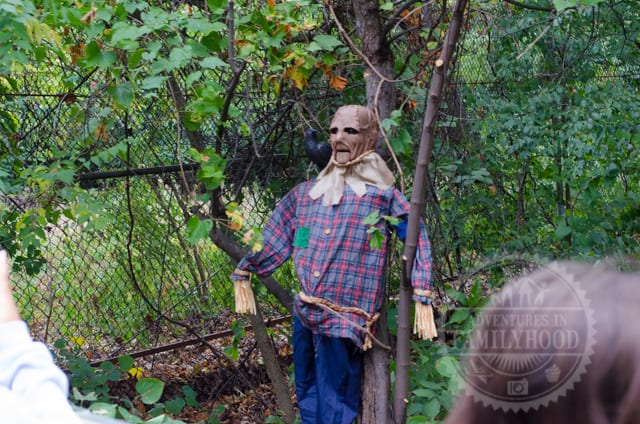 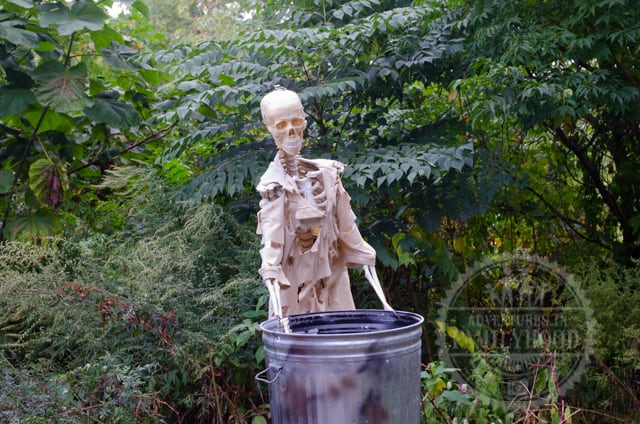 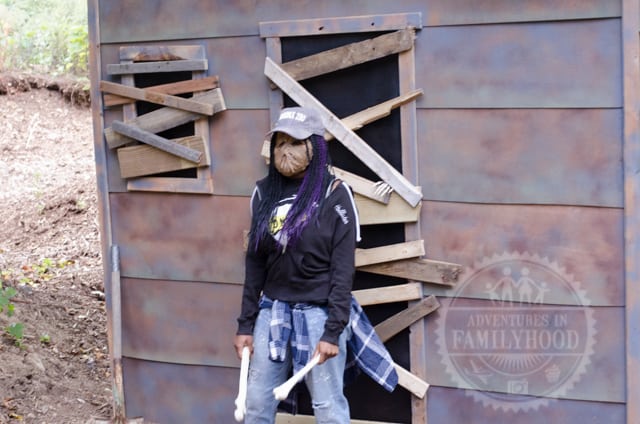 A live actor stepped out to surprise us, but didn’t approach the vehicle.

Want to watch the whole ride? Well, here’s the trail portion, which is less than 5 minutes long. 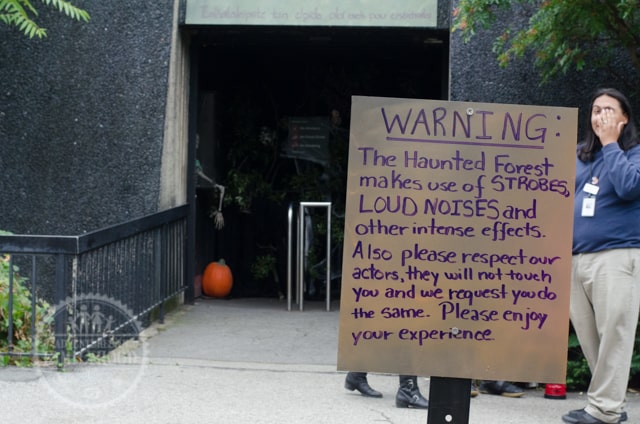 The Haunted Forest is scarier, and is recommended for ages 12+. Bella decided she wanted to give it a try. Unlike the Hay Ride, this is a dark, walk-through attraction that has animated props, loud sound effects, and live actors who will pop out as you go around corners. Bella did a great job of overcoming some jitters when she first saw how dark it was inside. 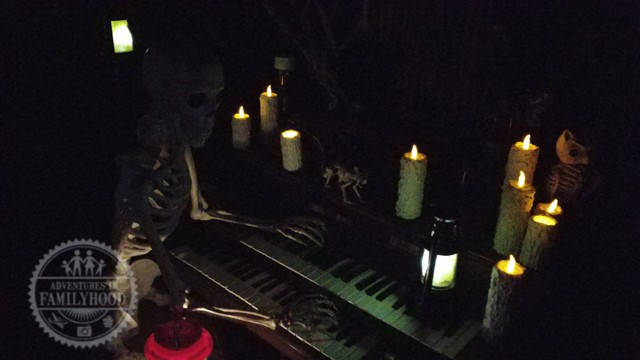 The staff was also very accommodating to guests who were visibly scared. They had lanterns for people to carry to help light their way, and I think this was a signal to the actors inside to make it easier on those people. I think they did a nice job with their Haunted Forest. It has a little of everything. Definitely not for the small ones due to the darkness and loud noises, though.

*Our total experience tickets did not cover the Haunted Forest. An additional $6 fee for each person is required. 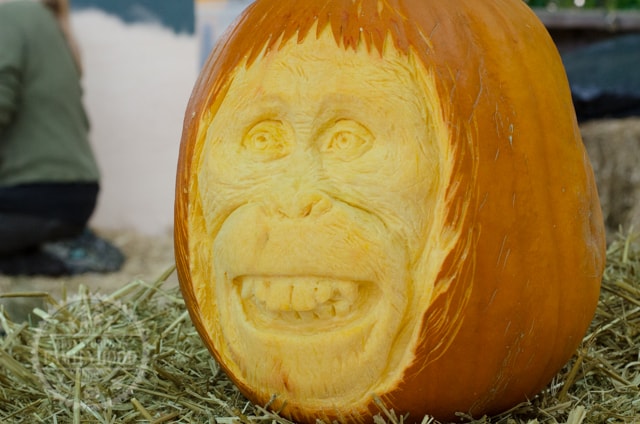 The Pumpkin Carving made an impression on us as well, even though we didn’t get to see much of it. Throughout the day, the folks from Pumpkin Sculpt USA would do “speed carvings” as well as work on more intricate designs. At the time we stopped by, there were only two carvings on display, with work getting started on the main carving. 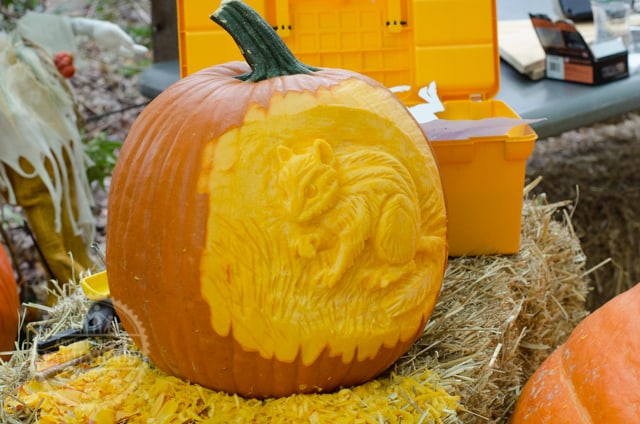 The creation they were working on was an undertaking that was going to last all weekend. It was going to be a horse consisting of multiple large pumpkins that were mounted to make it look like the horse was running. We only saw the beginning stages of the project as they mounted the pumpkins that would be carved into a horse. 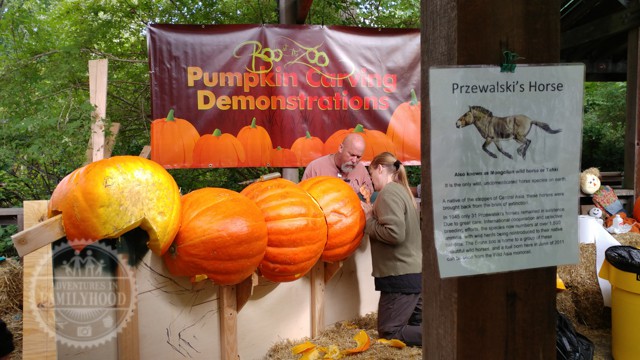 I wish we had gotten to see the final result in person. The carvers did share it on their Facebook page with this awesome time lapse video, though!

Rounding out our Halloween festivities were the Candy Trail, Corn Maze, Crafts, Bug Carousel and the Magic Show. 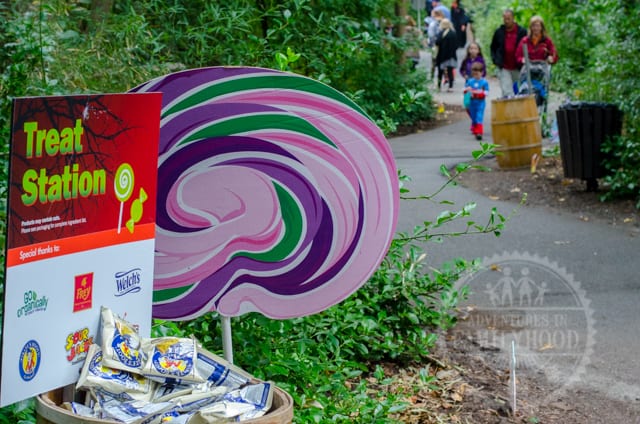 The Candy Trail was short and cute. There were several treat stations set up along the path, and most featured healthier treats like Pirate’s Booty, Fruit Snacks, and Dark Chocolate. We noticed later that they had condensed the treat stations to just one spot on the trail. We suspect this was to help manage the supply as some people tend to take more than their share. 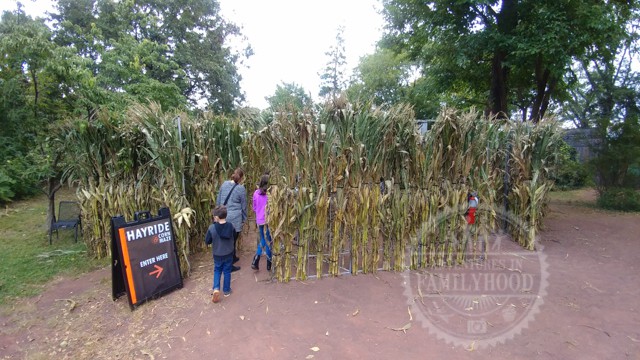 The Corn Maze was at the end of the Hayride (included in the Hay Ride fee/Total Experience Ticket). It was on the small side, but still fun to walk through. We did actually manage to get turned around inside of it for a minute. 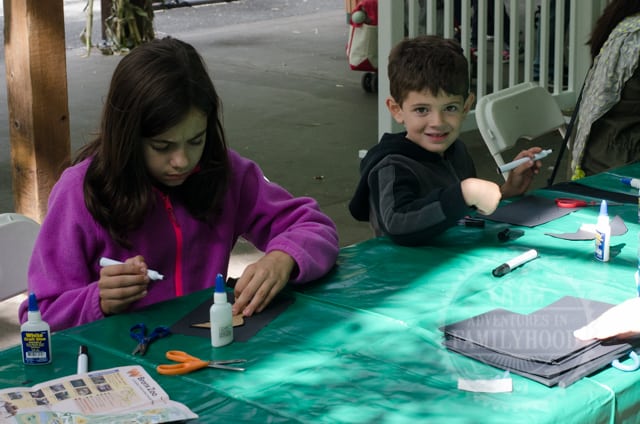 Jackson said one of his favorite things was doing the crafts in the kids’ activity area. They made their own bats out of construction paper and clothes pins. We kept finding these bats all over the zoo… but we’re happy to report that both Bella’s and Jackson’s bats made it home. I’m not sure if they change the crafts at all, or if it’s the same project every day of the event. 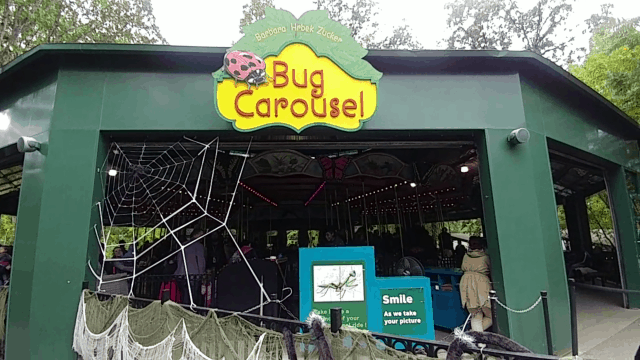 The Bug Carousel is a fun twist on your typical carousel. It’s cool to ride around on a ladybug or even a praying mantis. For “Boo at the Zoo”, they added a spooky overlay of decorations and festive music to the ride. 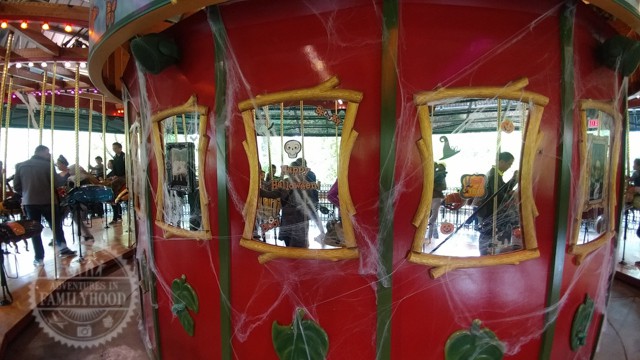 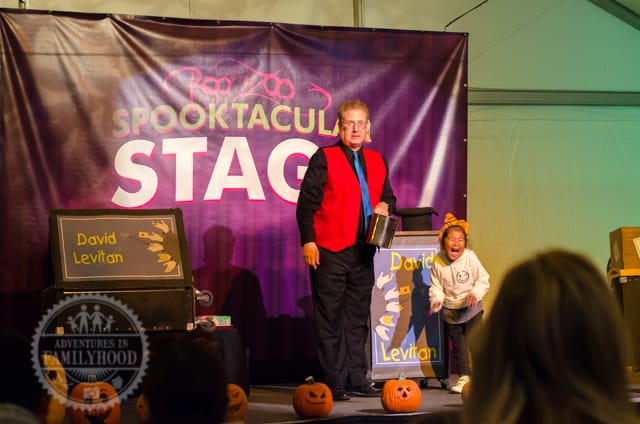 Last, but not least, we caught the Magic Show. It was funny and entertaining. A great show for the kids. The magician (David Levitan) even announced at the end he’s available for birthday parties and school events. From the signage in the tent, I believe David Levitan also performs the mind-reading show. 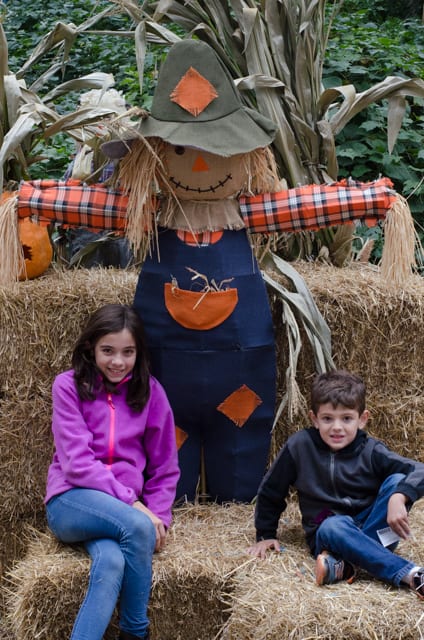 We’ve never been disappointed by a visit to the Bronx Zoo. We think it’s a great family experience on a normal day of operation, and the added activities for “Boo at the Zoo” are a great way to celebrate Fall and Halloween with your kids. The whole family will have fun and maybe even learn something or be inspired by their visit. You can’t ask for more than that out of a family adventure.

So if you’re in the New York City area this fall, check out “Boo at the Zoo”! And if you think you might try at least 3 of the add-on experiences, we suggest going for the Total Experience ticket!

Know Before You Go