20 shares
When it comes to holidays, Disney takes the celebration to the next level. The 4th of July is no exception. 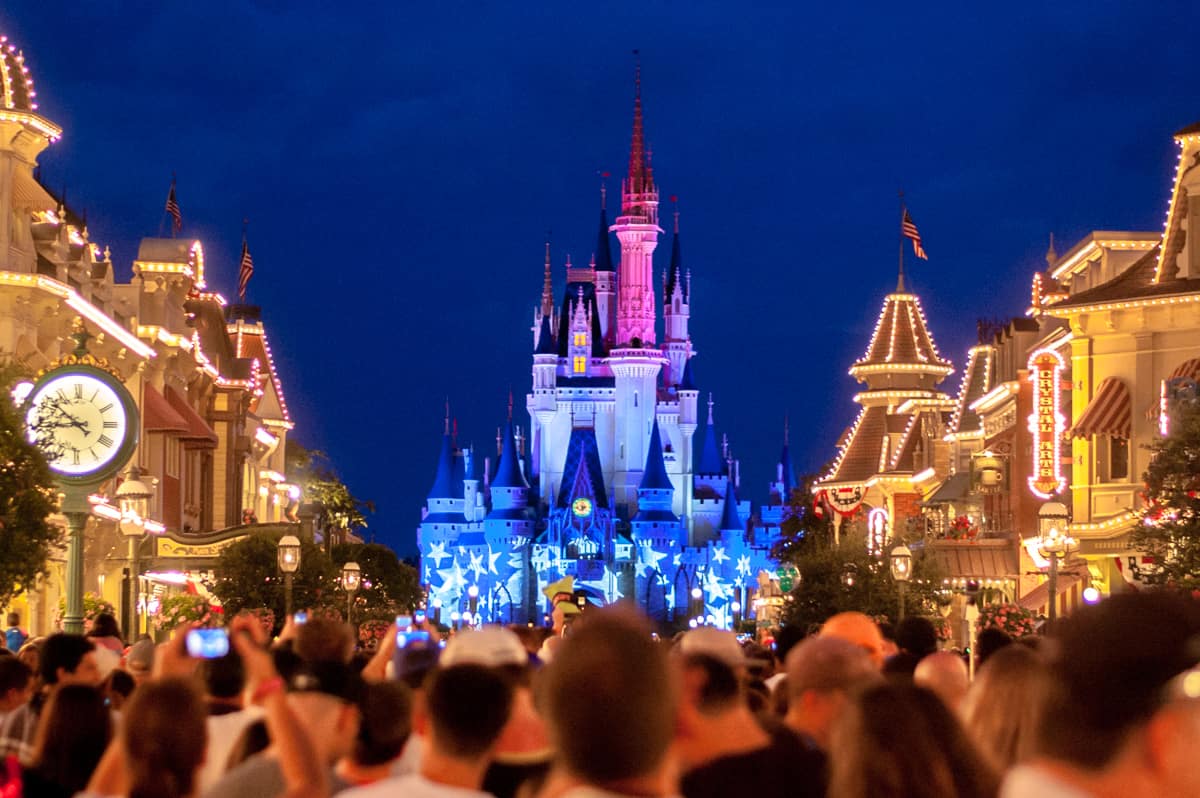 With special fireworks displays in three of its theme parks, patriotic entertainment, and some very American attractions, Walt Disney World is a great place to celebrate our nation’s birthday. 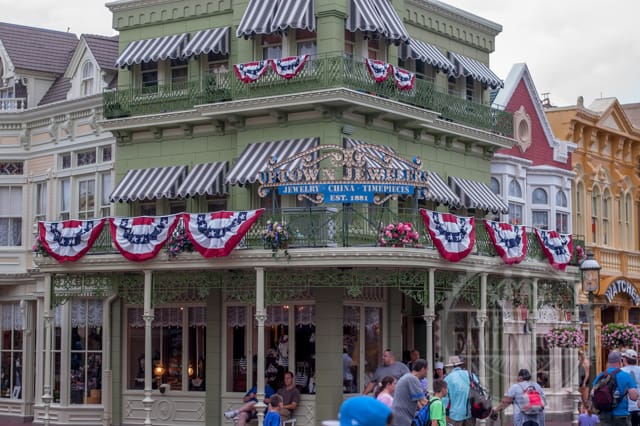 A plaque that is found on the bridge to Liberty Square reads:

Past this gateway stirs a new nation waiting to be born.  Thirteen separate colonies have banded together to declare their independence from the bonds of tyranny.  It is a time when silversmiths put away their tools and march to the drums of a revolution, a time when gentlemen planters leave their farms to become generals, a time when tradesmen leave the safety of home to become heroes. Welcome to Liberty Square!” 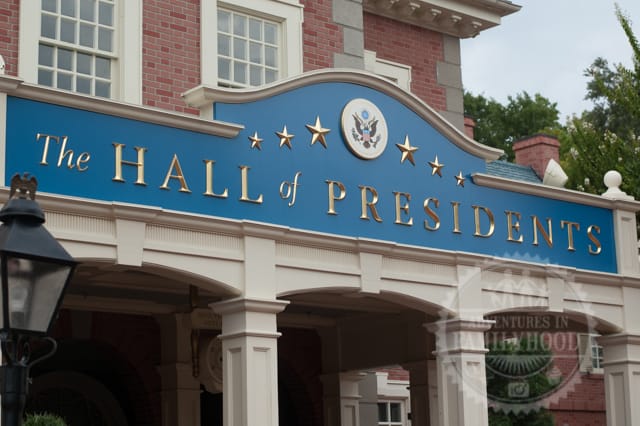 Liberty Square is home to the Hall of Presidents, possibly the most patriotic attraction in all of Walt Disney World. 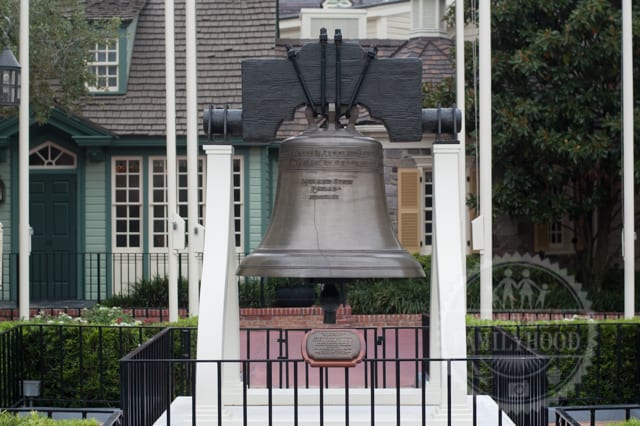 A replica of the Liberty Bell was cast from the very same mold as the original and even has a crack. 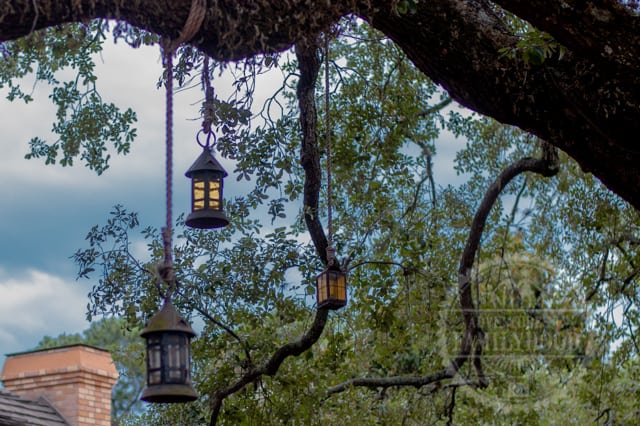 Here you’ll also find the largest living thing in Walt Disney World: the Liberty Tree.  The tree is adorned with 13 lanterns representing the 13 original colonies and stands as one of the most impressive, yet often overlooked Disney tributes to America’s history.

Liberty Square doesn’t boast many attractions, but it is rich in detail and history.  You might feel inspired to spend some extra time here on the 4th to really soak in the spirit of Independence Day and imagine what it might have been like to live here during that time. 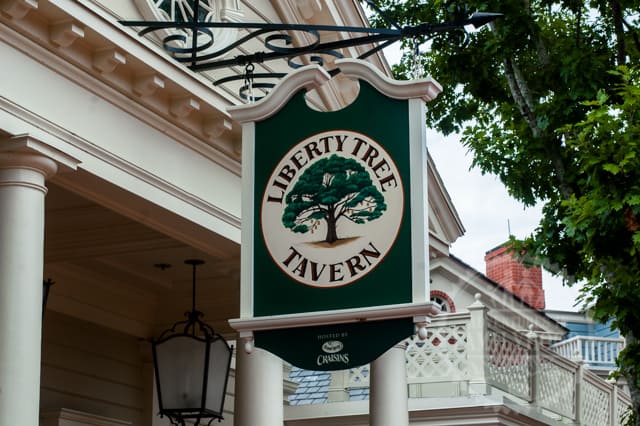 And what could be more patriotic than dining in the Liberty Tree Tavern? 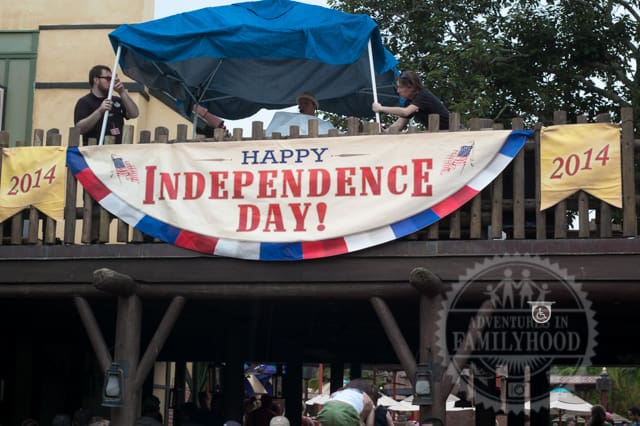 Over in Frontierland, you might find a swingin’ celebration with music, dancing, and maybe even some characters. 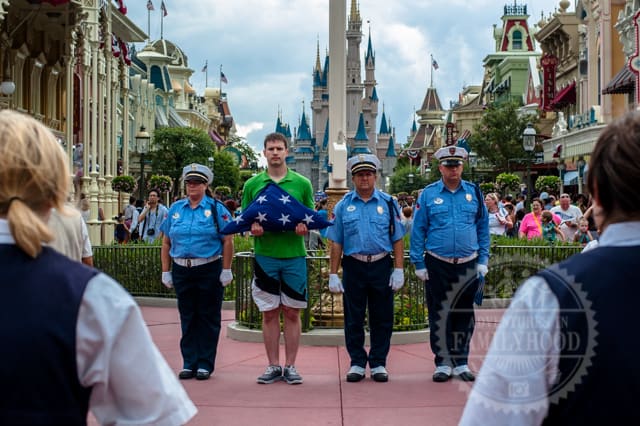 There is a daily Flag Retreat ceremony in Town Square.  If you are member of our armed services, or a veteran, you can inquire about participating in the Flag Retreat at Guest Services on Main Street, U.S.A..

The finale of the Main Street Electrical Parade is great way for guests  “to honor America”, and the Electric Water Pageant that takes place on the waters of the Seven Seas Lagoon has a very patriotic segment to tunes like “You’re a Grand ol’ Flag”, “Yankee Doodle”, and “America, the Beautiful”.

To cap off the Independence Day celebration in Magic Kingdom, Disney has a special fireworks display, “Disney’s Celebrate America!”   This display features fireworks all around the Magic Kingdom and can be seen from inside and outside the park!

In Epcot, the American Adventure is the host pavilion of the World Showcase, and like Liberty Square, it features the architectural style of Colonial America. 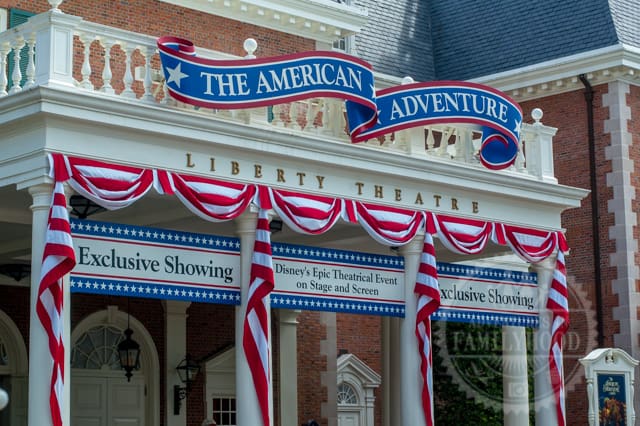 The main attraction is the “American Adventure” show, depicting the most pivotal moments and most influential people in America’s history.  The pavilion is also host to performances by the Voices of Liberty, who also perform a special 4th of July concert at the American Gardens Theater.

Special patriotic character greetings are available throughout the day, and don’t miss the special exhibit in the American Heritage Gallery.

If you’re hungry, you can grab some American fare at the Liberty Inn or the Fife and Drum Tavern.

Epcot caps off the night with “Illuminations: Reflections of Earth” featuring an added finale entitled, “Heartbeat of Freedom”.  Many guests consider Illuminations to be the best Disney nighttime spectacular, and this just adds to it.

It also doesn’t hurt to be nice to the folks in the United Kingdom pavilion.  Our fight with them was hundreds of years ago, and we’re all friends now, right?  So be sure to stop by and pay extra attention to the similarities we share and the influence their culture has had on ours.

Aside from being a park built around the very American concept of a Hollywood movie studio, there aren’t many obvious American attractions. 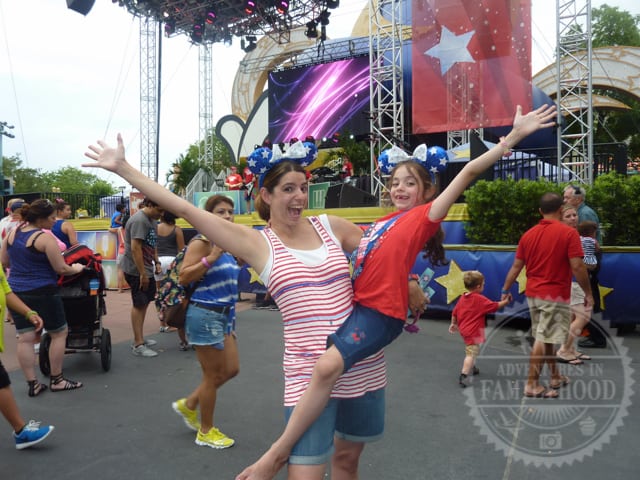 Still, be sure to enjoy the finale of Muppetvision 3D, which is, as Sam Eagle describes, “a salute to all nations, but mostly America”.  Of course, there is also the fountain featuring Miss Piggy as the Statue of Liberty. You can also take time to linger on the Streets of America. 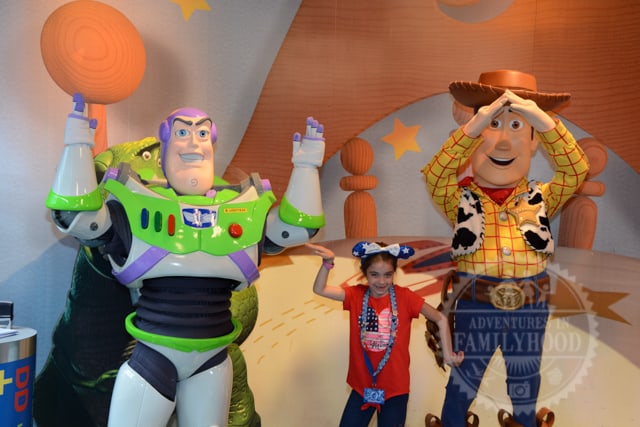 The 4th of July is also one of the rare occasions that Disney’s Hollywood Studios has a fireworks show.  It begins with a rock n roll party in front of the Sorcerer’s Hat featuring both a DJ and live performances by Mulch, Sweat, and Shears.  It culminates in a special patriotic version of Sorcery in the Sky fireworks. 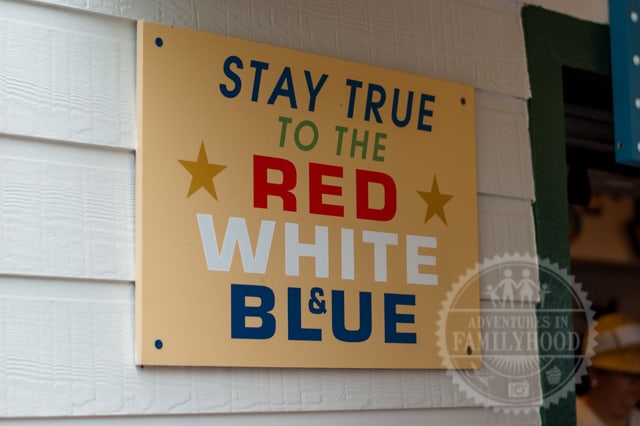 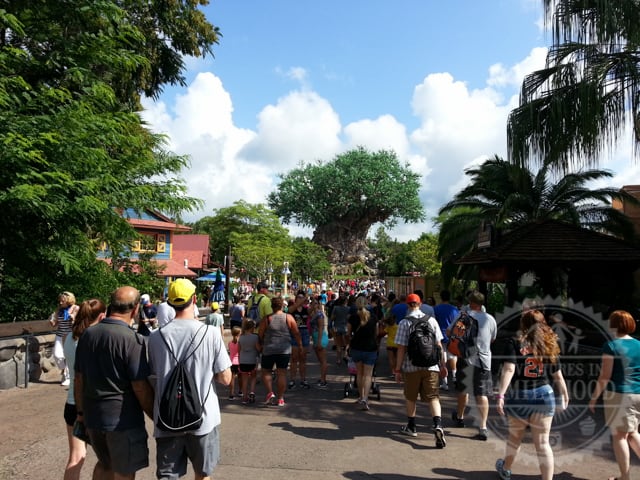 Aside from one of its lands, Dinoland U.S.A., having a patriotic name, Disney’s youngest park doesn’t have anything special for the 4th of July holiday.  If we were looking to avoid crowds on the 4th, you might choose this park for that reason.

Our 4th of July celebrations at home usually include barbecues and campfires, and one of the little touches Disney has at each of its resorts is nightly campfires where you can roast marshmallows and maybe even make s’mores.  Other patriotic activities such as movies, crafts, and poolside games are held, so check with your resort for more details.

If you’re looking for more complete camping experience, you can stay at or visit the Fort Wilderness Campground.  Fort Wilderness is home to Mickey’s Backyard BBQ, a fun-filled character dining experience for the whole family.  They don’t have this BBQ every night, but they do add it on July 4th!  The campground is also where you can make s’mores with Chip and Dale at their nightly campfire sing-along!

With so many ways to celebrate America’s birthday, Walt Disney World is a great place to be on July 4th. We can’t wait to see what it’s like for ourselves.  No matter where you are this Independence Day, have a happy and safe holiday!!