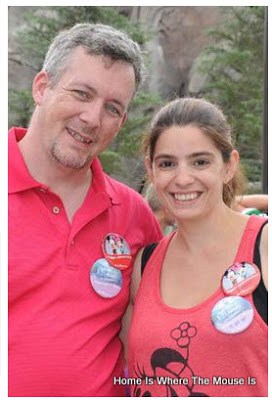 A while back, I shared our 10 Best ways to celebrate your birthday at Walt Disney World.  On our trip this year, Lisa and I were celebrating our 8th wedding anniversary, and we thought we’d share how we celebrated it during our vacation.

One of the things on our list was to let everyone know it was our anniversary.  We did this by noting it on both of our resort reservations and on all of our dining reservations.  When we checked in to the Animal Kingdom Lodge, Jim (the Cast Member assisting me) was the first person to wish us a Happy Anniversary! Nor would he be the last… 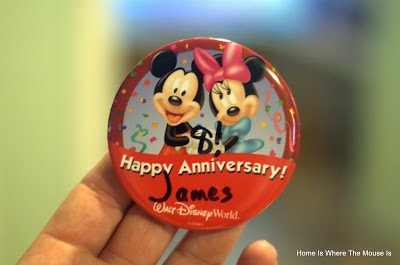 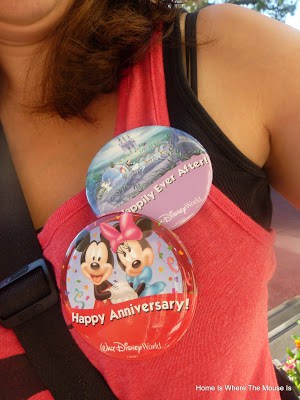 We wore our Anniversary buttons throughout our trip and got countless “Happy Anniversary” wishes from Cast Members everywhere we went.  Imagine our surprise, while watching the Celebrate a Dream Come True parade at the Magic Kingdom, when the characters in the parade started wishing us a Happy Anniversary as well!

On top of that, we had several other guests wish us a Happy Anniversary, and we wished other guests one as well when we noticed their buttons!  This was on going from the moment we checked in until the day we left to head home. 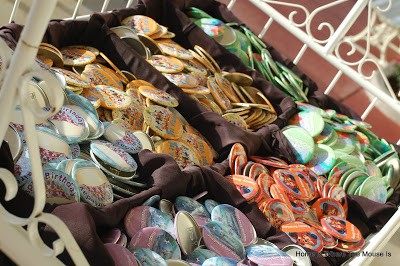 For the day of our actual anniversary, we arranged our schedule to be at the Magic Kingdom.  That morning we grabbed celebration buttons for Bella and Jackson as well from Guest Services.

We had breakfast inside Cinderella’s Castle to kick start our day.

We spent the day in our favorite park and we had our anniversary dinner at the new Be Our Guest restaurant in New Fantasyland! 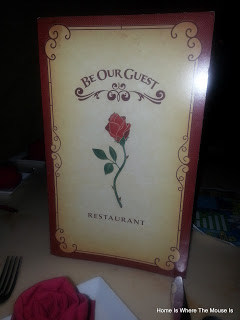 The restaurant certainly lived up to the hype! The theming was incredible.  We were seated in the main ballroom, but went into the other dining rooms and were amazed by the incredible detail!  On top of that the food was delicious and the service was great! 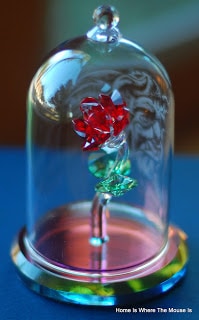 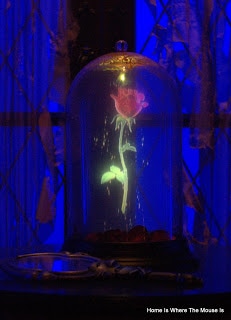 Since we exchanged single red roses as part of our wedding ceremony, and the single rose plays an important role in Beauty and the Beast, I thought it was fitting to give Lisa a crystal rose in a jar like the one in the movie to commemorate celebrating our anniversary here. 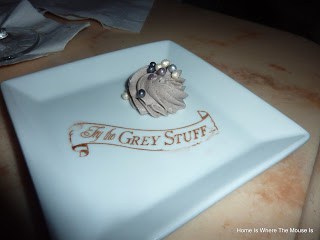 Because it was our anniversary, we got to try the “Grey Stuff!”… and IT WAS DELICIOUS!  What happened was our server brought the dessert cart over and after we had all selected our desserts, she presented us with the “Grey Stuff” as an anniversary treat! 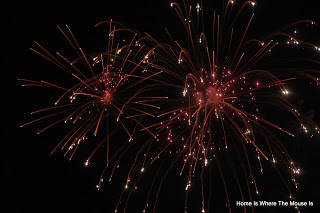 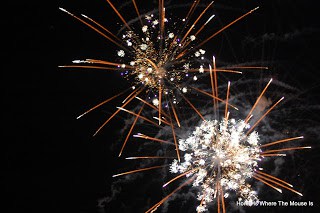 We capped off our anniversary by watching Wishes! from behind Prince Charming’s Regal Carousel in Fantasyland.  It’s an interesting alternative to watching the fireworks from the other side of the castle.  Some of the fireworks go off behind you on the sides of the castle, and you can’t really see Tink fly, but you get an amazing view of the main portion of the fireworks which seem to go off almost directly over your head.

We wore our buttons the rest of the trip, even when we left the parks and went down to stay in Vero Beach.  At one other dinner reservation we were treated to a complimentary dessert as well.

All in all, not a bad way to celebrate an anniversary!

It sounds like your anniversary celebration was very special! Congrats Lisa and James :-) I could not think of a better way to start and end the day; dine at two castles and Wishes. Very romantic and the rose is lovely James.