Ever feel like your kids eat nothing but chicken nuggets and french fries? It seems like every restaurant’s kids menu features the same exact items: Hamburger, Hot Dog, Chicken Nuggets, Pizza and Macaroni and Cheese.  If you’re trying to feed your kids, or if you are looking to save a few bucks and get a smaller portion, it can be frustrating to be stuck with the same choices over and over. 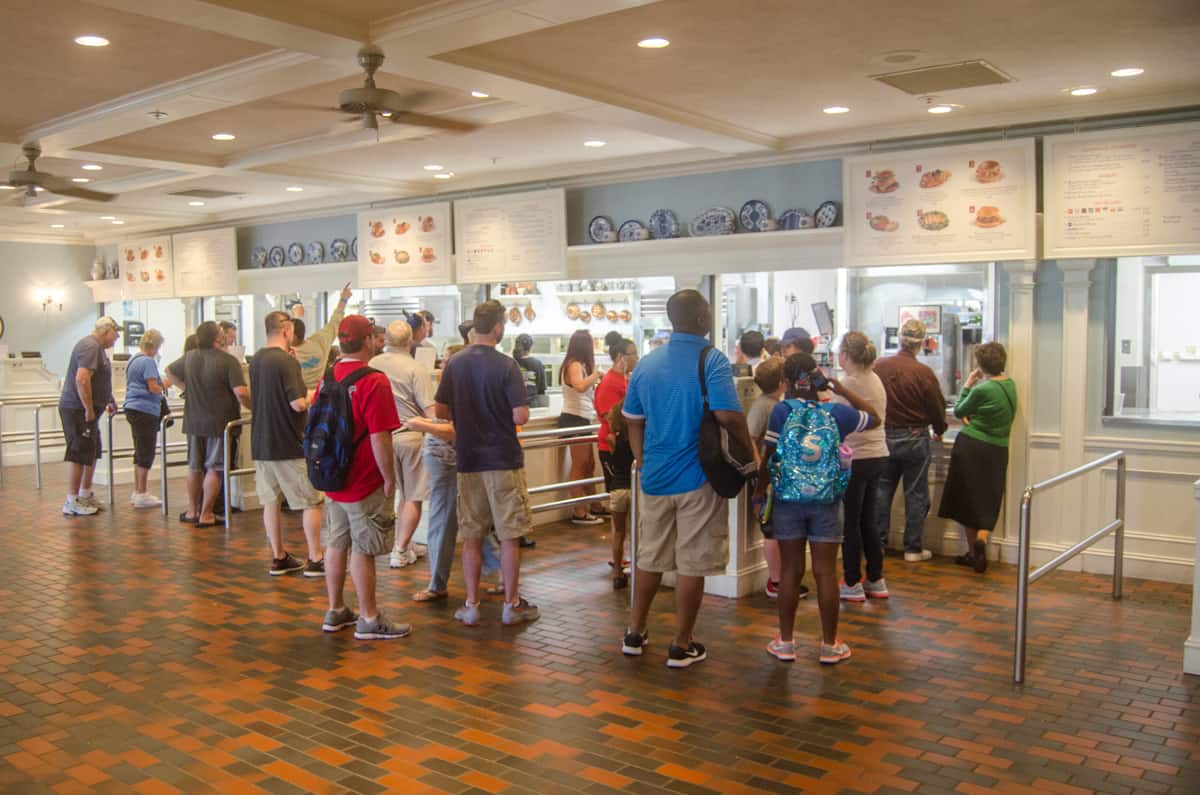 For this post, we’re only looking at “counter service” or “fast casual” (where you walk up and order fast-food style) inside the theme parks.  We’ll also ignore breakfast. These will be restaurants that feature a separate menu just for kids 9 & under.  Of course, children of all ages can order from the kids menus. 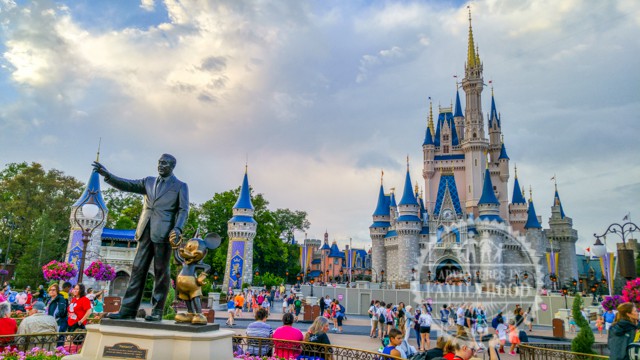 The castle, the rides, the characters, the fireworks… no visit to Walt Disney World is complete until you step inside Magic Kingdom.  With so much to see and do, it’s hard to squeeze in a meal. That’s why a quick bite is so appealing here.

Be Our Guest Restaurant

For lunch, Be Our Guest has one of the most interesting kid’s menu of any Walt Disney World Restaurant.  You won’t find the usual chicken nuggets, pizza, or hot dogs here.

This is a favorite of Lisa’s for their vegetarian options.  But, the while the kids menu does have nuggets on it, you will also find two very different options: A tuna sandwich and a salad. 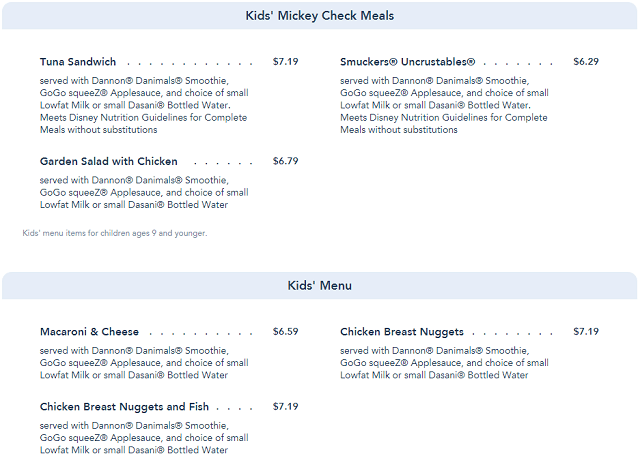 Kid’s Salad with Turkey is the sole option.  But it was different enough that it made our list. 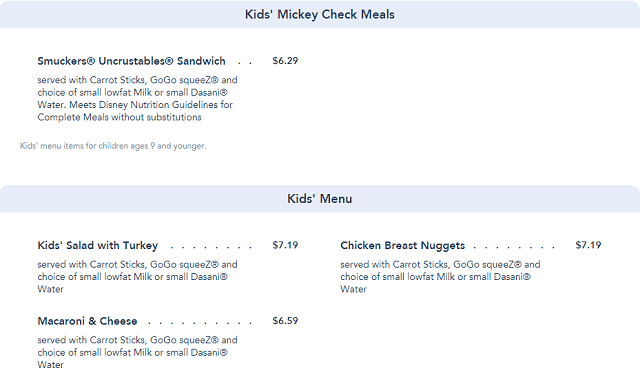 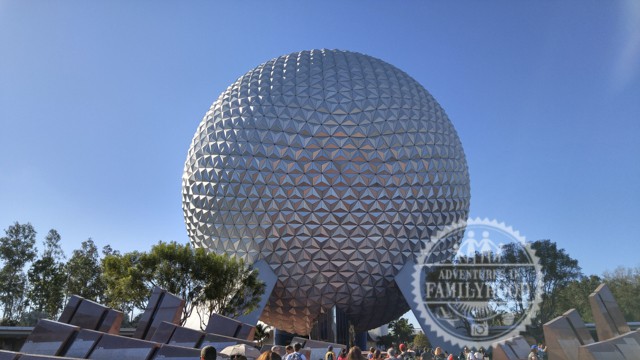 Epcot boasts some of the best restaurants in all of Walt Disney World.  I was surprised there aren’t more non-traditional items available for the kids here.

While I figured the most interesting options would be found in the countries of World Showcase, this gem in the Land Pavilion will have your taste buds soarin’! There are a variety of stations with great options. 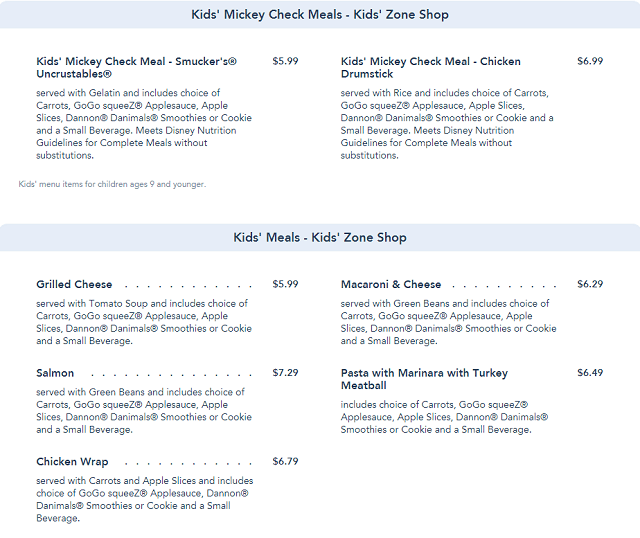 I don’t know what passes for fast food in Japan, but I’d love to see my kids get some chicken and shrimp teriyaki with a side salad over chicken nuggets and fries any day.

I know sweet and sour chicken is basically a nugget, but at least you get it paired with rice instead of fries.  Potstickers and Spring Rolls are another choice you won’t see on the list of usual suspects. 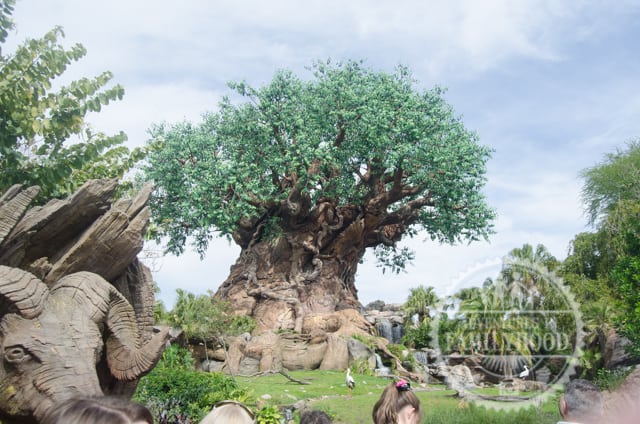 I love Disney’s Animal Kingdom, but it’s never been for the food.  It seems like every time we go there we end up in Pizzafari.  And while Yak & Yeti is a great full-service place, their counter service kids’ menu is disappointing.  Still… you have a couple of options aside from grabbing fruit from a cart.

It’s refreshing to see such a simple, yet delicious and healthy option such as the grilled chicken skewer finally make it on to a menu. 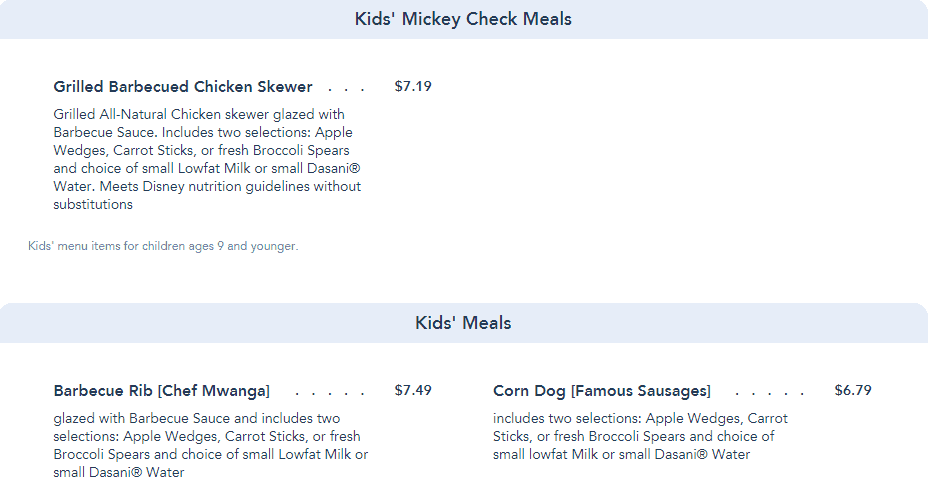 Just opened this year in Pandora: The World of Avatar, Satu’li Canteen has a few of the usual suspects in disguise.  But, it also offers some intriguing alternatives. 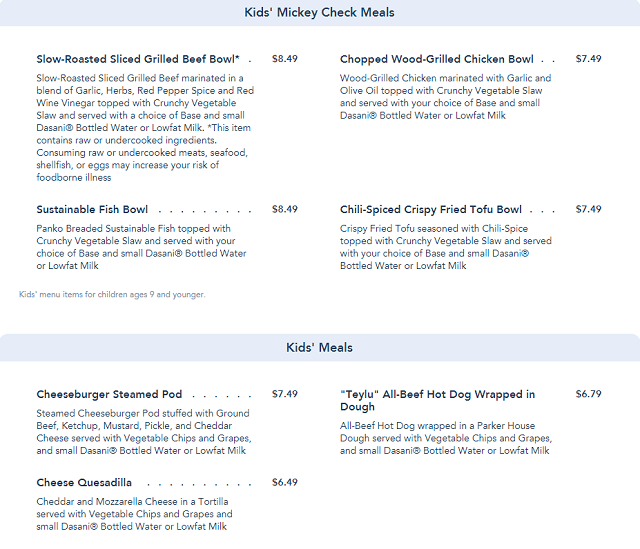 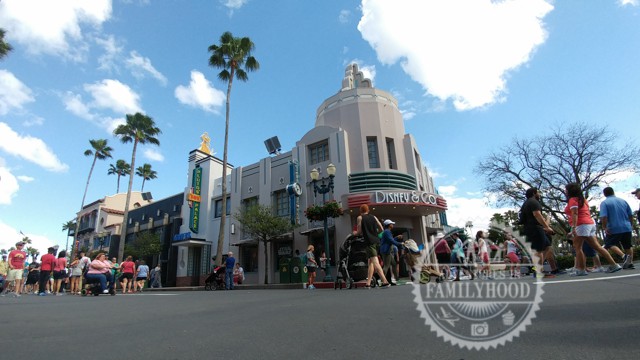 The studios are in a state of upheaval with all the construction going on for Toy Story Land and Star Wars Land.  Still, this is the only park where you are going to find Disney Junior characters and experiences for the kids.  It also features some of the best attractions, despite half of the park being closed.

Of all the menus I looked at, the least traditional for kids is at Min and Bill’s.  I wouldn’t consider either option to be healthy, per se… but no nuggets!

Our last spot is a tie between two places where you can get a kids’ turkey sandwich.  At one point, the ABC Commissary had salmon on the kids’ menu.  I don’t see it there anymore.

So there you have it.  There’s a few standouts as well as a few that make our list just for having one item that’s different than the standard kids’ offerings.  I am honestly disappointed that you can’t find more options for kids.  I understand that the nuggets sell, but I think this is one area where Disney still needs to improve.

What are your thoughts? Are the occasional unique offerings enough? Are your kids not going to eat it anyway, so why bother? Let us know what you think by leaving a comment.

For more about Disney counter service restaurants,
check out the other great posts from the Blogorail!

This is so helpful! I’m planning our trip for April (I’ve already made all reservations for table service) and was super disappointed in the kids’ options. I wish my 7 and 4 year old could order off the adult menu if they wanted.

This is super helpful! I’m planning a trip with my just oldest, who is 9 and eats a pretty wide variety of food. I love knowing where I can take her since we won’t have to cater to the younger ones (who will cry if there isn’t Mac and cheese on the menu!)

We're so glad you found this helpful! Have a great trip!

This is great! Even though my son is older than 9, he still eats kid's portions but is getting bored with chicken nuggets and mac and cheese. These are great options to keep in mind for the future!

Thanks! I think I'll put a similar list together for resort restaurants as well. Even more options!

Becky @ Disney in your Day

I love that they have so many options! Some kids might want nuggets, but I know some who are more adventurous eaters as well. It’s nice for them to have options.

Options are always nice! We like to empower our kids to make their own choices... we get a little frustrated when the choices are limited, though.

My family has taken a different path. My daughter loves salmon which you can rarely find on the children’s menu at a counter service. We research, ahead of time, what restaurants have a salmon option on the adult menu, order that, and my wife will usually split it with my daughter.

When I was initially thinking of making this list, I only saw salmon on two menus. When I actually wrote it, it was only on one! It's getting harder and harder to find!