Every time we visit Walt Disney World we make it a point to try new food. Our last trip’s culinary expedition led us to what could possibly be one of new favorite places to dine, Yak and Yeti Restaurant at Disney’s Animal Kingdom. 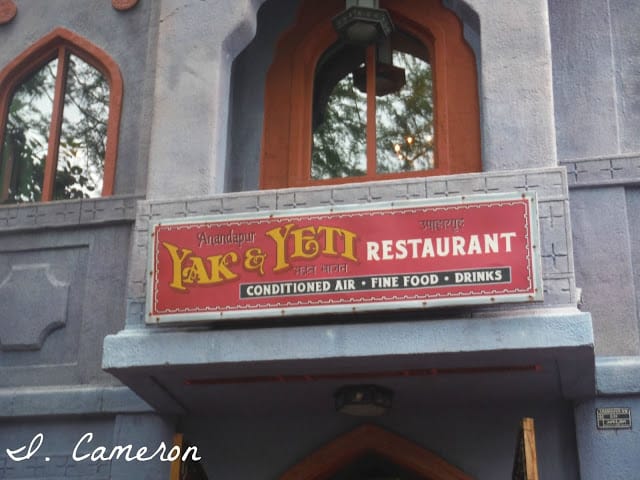 We recently had lunch there and were blown away! This pan-Asian style restaurant had an abundance of freshly cooked dishes. But there was one stand out dish that rose above the rest.

Fried green beans have been all the rage on bar menus lately. I’ve always been apprehensive about trying them for fear they would be too heavy and soggy. The Yak and Yeti has their own version. Something about the way they were described enticed me. Plus the dipping sauce sounded like something I had to try. 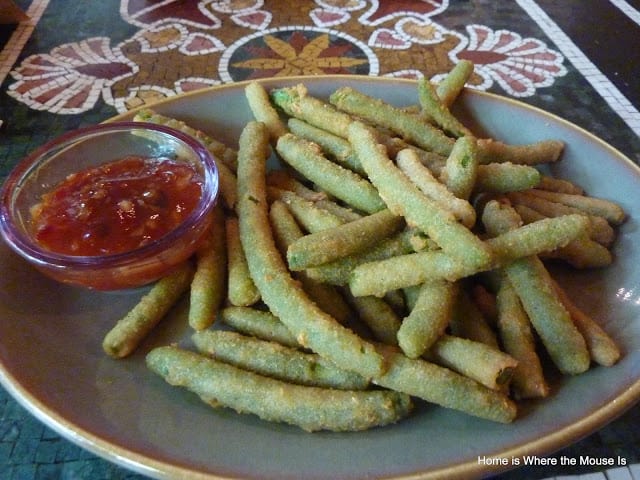 The menu describes the Wok-Fired Green Beans as battered green beans served with a sweet Thai chili dipping sauce. As soon as they were served, all my fears were set aside. The green beans were crisp on the outside, almost a french fry consistency. The green bean on the inside remained fresh through the frying process. The dipping sauce was sweet with a hint of spiciness most likely from the Thai chilies. 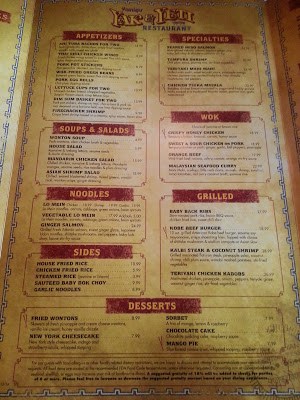 I LOVED them!  They didn’t feel heavy or greasy, which was nice. You get all the satisfaction of eating something fried while reaping the health benefits of eating your veggies. The portion size was suitable for sharing. I even had some leftover which I brought back to the resort and snacked on the next day. Still good! While my kids refused to try them I can easily see kids getting on board with a dish like this.

Wok-fired Green Beans can be found on the Yak and Yeti Restaurant’s Lunch and Dinner menus. If you order them for lunch, I highly suggest pairing them with either the Chicken Fried Rice, a Lo Mein, or the Firecracker Shrimp and calling it a meal. 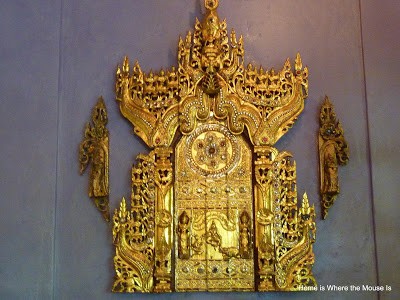 Have you dined at the Yak and Yeti? What was your favorite dish?

I absolutely love this review and Favorite Food Friday! I will definitely have to try these during my August visit to AK! Now I must go get some lunch....