Disney’s newest theme park is getting set to open and it looks absolutely amazing!  But images of damage done outside Shanghai Disneyland by crowds are disturbing.  Many people are predicting that this will happen when the theme park opens.  Despite the naysayers grumbling about differences in cultural standards, history may be on Disney’s side. 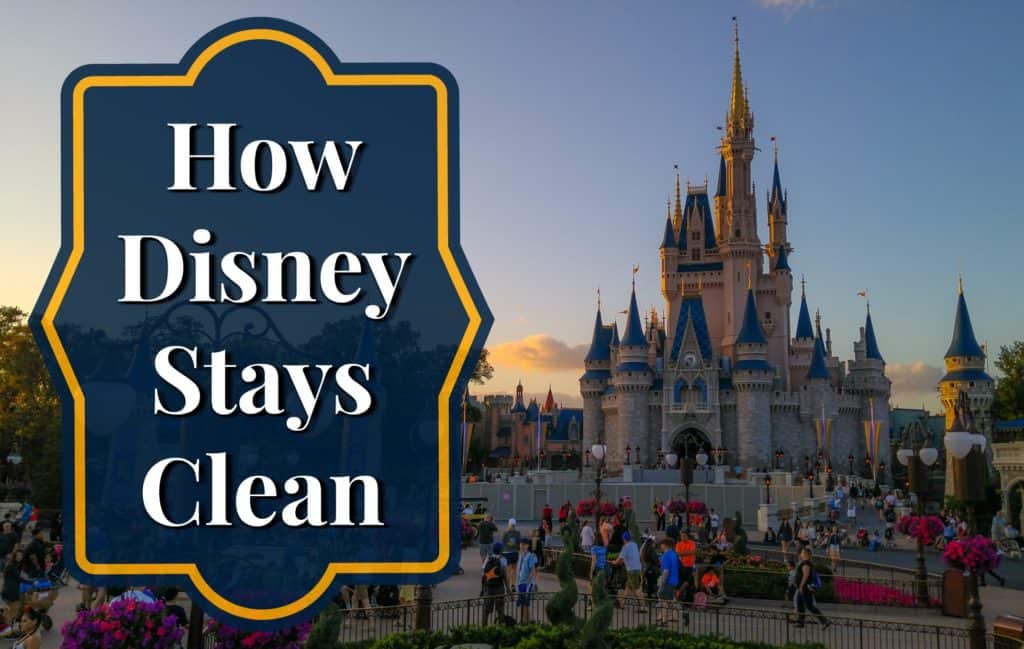 A journalist famously told Walt Disney that Disneyland would be a mess inside of a week after it opened.  Sound familiar?  Walt told that reporter, “We’re going to make it so clean that people are going to be embarrassed to throw anything on the ground.”

Could that really work?  Could it be as simple as making the park look so nice that a mob of people would just feel too guilty about messing it up?

The streets of WDW’s Magic Kingdom theme park are still wet in the early morning from being washed during the night.

Disney Cast Members spend each night making the park ready for the next day. I had the unique opportunity to observe what goes on during these hours after the parks close.  Did you know that every night, Splash Mountain is drained of all its water so it can be cleaned?  They power-wash the streets and sidewalks, touch up the paint, and replace entire trees or sections of gardens.  All this work is done in the middle of the night to make the park look great for the next day. 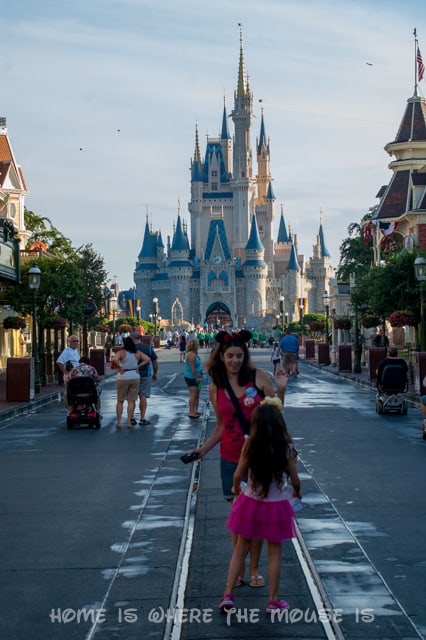 Studies show that a clean environment can affect behavior positively while a dirty environment can do the opposite.  Each day at a Disney theme park is like the first day the park opened.  The streets are spotless and everything is polished.  Imagine how you’d feel walking into your own home each day and having it feel like it was brand new. Imagine having that first day at work or school feeling each time you showed up.  That approach is a big reason Disney stays clean.

But what about during the day?  “Mob mentality” causes large groups of people to do things they wouldn’t ordinarily do.  With thousands of visitors daily, all it would take is just a few people to start littering and you’d soon see the same pictures we saw from Shanghai Disneyland, right?

Well, I can tell you from my own experience that this does happen.  Thankfully, Disney has a mob mentality of their own.

“Everyone Picks up the Trash” 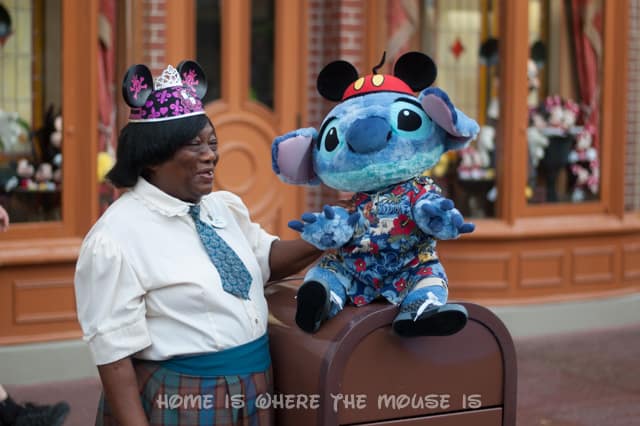 Another big reason Disney stays clean is because “everyone picks up the trash.”  In my experience, Cast Members are generally willing to go above and beyond to improve guest experience. When it comes to cleanliness, they are all specifically instructed to look down and scoop up anything within reach.  It doesn’t matter what job they have.  If they see trash on the ground, they pick it up.

In almost any other line of work, you’d expect someone to say that’s not in their job description.  Not at Disney.  All Cast Members work together.  Everyone is a performer helping in putting on “the show”.  Everybody is encouraged to do a little picking up when it’s needed.

Cast Members actively work against the mob mentality of guests.  There is less chance for it to get out of control.  That doesn’t mean you won’t occasionally see a mess, but I can guarantee you it won’t be there for long.

These Cast Members are committed to making sure Disney stays clean.  That goes a long way, but Disney also makes sure that their guests can help out too.

Walt Disney knew that the number of guests coming through the park on a daily basis far outnumbered the manpower he had to clean up after them. So he took measures to make things more manageable.

For one thing, you won’t find chewing gum or peanuts in shells being sold in the parks.  That’s on purpose.  Disney cuts back on the amount of peanut shells that need to be swept up and how much gum needs to be scraped off surfaces. 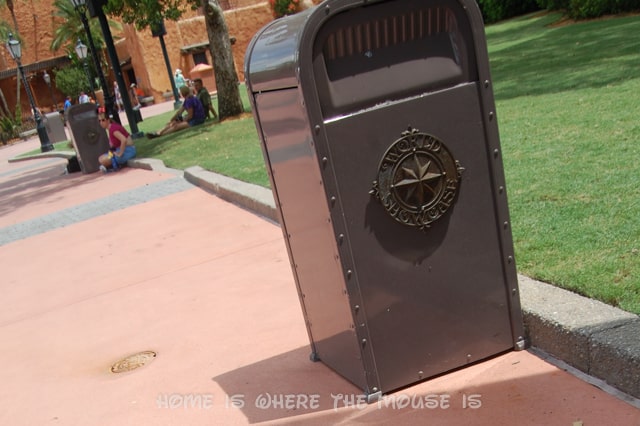 I was told a fun fact on my very first day as a Magic Kingdom Custodial Host.  Walt Disney actually watched guests and concluded that the average guest would walk about 30 steps holding a piece of trash before giving up and just dropping it if they didn’t see a garbage can.

Disney makes it easy for you to do the right thing. 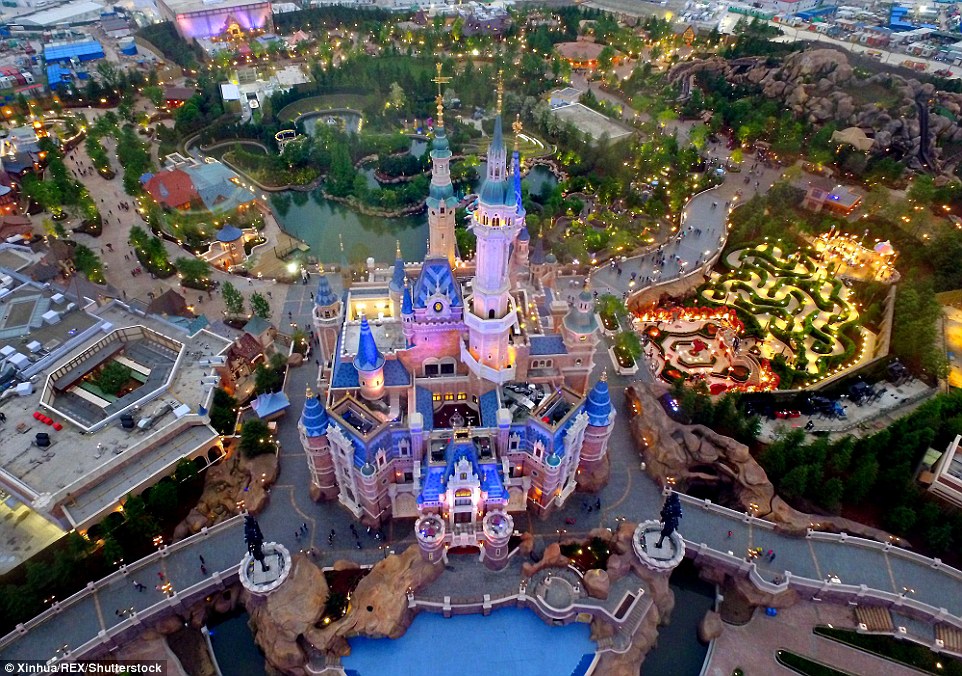 I have never been to Shanghai or anywhere in China, or Asia for that matter.  I’ve heard people who have visited China talk about different cultural standards when it comes to behavior in public places.  I think that’s why so many people think Shanghai Disneyland will become a mess.  But I think as long as Shanghai Disneyland commits to the same approach Walt Disney had to keeping the U.S. parks clean, it will be okay.

What do you think?

The Most Magical Manners on Earth

[…] of the parks at all times. Although Disney follows normal etiquette by having custodial staff, all cast members are encouraged to pick up and throw away any trash they see. It is also a widely known fact that before the parks opened, Walt Disney himself observed guests […]