Jackson and I were invited to see the new LEGO Ninjago Movie as part of a special preview party at the LEGOLAND Discovery Center Westchester. 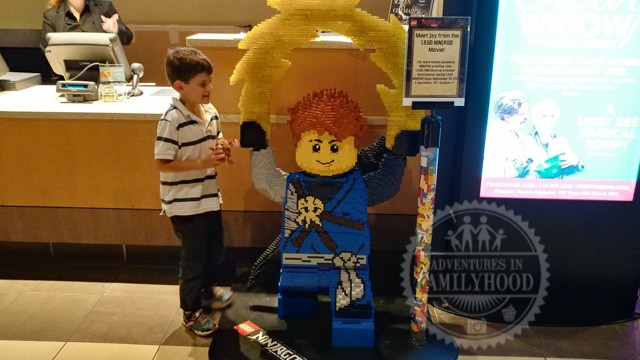 Here’s our review of the movie.

I’ll admit that I didn’t know anything about Ninjago. I’d seen the sets in the toy aisle at the store, but we’ve never purchased one. Apparently, there was a cartoon series that went along with it. I must have missed that. What little I did know came from the trailer…

The LEGO Ninjago Movie gets you up to speed on the situation pretty quickly.  Well, perhaps a bit too quickly.  I was thinking to myself that some of this information could have been withheld from the audience to create a little more suspense.  But that’s not what the “LEGO Ninjago Movie” is about.

This movie is about kids who are secretly ninjas taking on the forces of evil with their cool LEGO toys. Their journey is more comical than spiritual. Still… a movie with LEGO characters in a LEGO world is bound to be fun, right? And it is… and that’s all it is.

It’s hard not to compare this movie with the original. “The LEGO Movie” was a hit not just because it took us into the world of LEGO, but because it also made us look back on ourselves from that world. There was a message there, and it was delivered brilliantly. To try and hold the “LEGO Ninjago Movie” to that standard is not going to work. You’ll get sight gags, puns, jokes, and some fun with the real world and the LEGO world colliding… but you won’t get depth.

As we left the theater, I asked Jackson what he liked about the movie and as you might expect, he said it was the butt jokes.  Me? I liked some of the pop culture references. But I left a little disappointed. I probably would have felt robbed had I paid for the tickets. 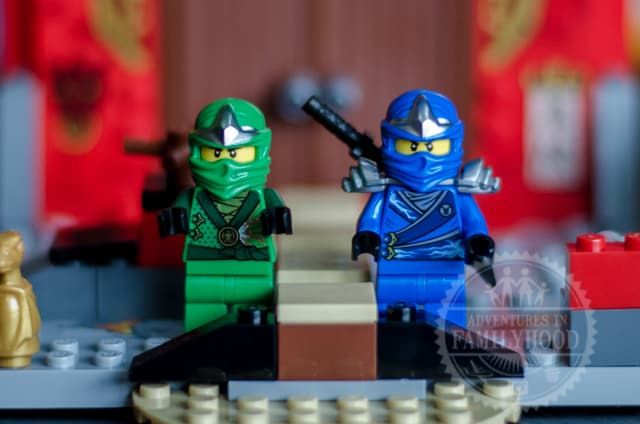 The one thing that the movie did accomplish was sparking an interest in the Ninjago sets. We hit the LEGO store downstairs after the movie and Jackson was picking up sets he never stopped to look at before. So, if that was the goal LEGO… mission accomplished.