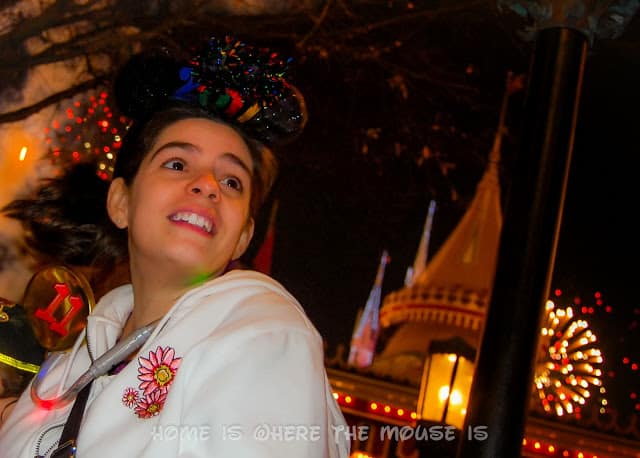 Have you ever thought about what it would be like to ring in the New Year in Walt Disney World? We had the opportunity to welcome 2011 in the Magic Kingdom!  What an experience it was!

In the summer of 2010, we discovered we were having our second child.  With the baby due in the spring of 2011, we decided to get an extra trip to Disney in that year since we most likely wouldn’t be traveling.

We booked a flight for the day after Christmas, and planned on staying through New Year’s Eve and New Year’s Day.  We had plans to hit all four parks, seeing all the Christmas decorations in the resorts, the Osborne lights, and the Candlelight Processional in Epcot, and spending New Year’s Eve inside the Magic Kingdom. 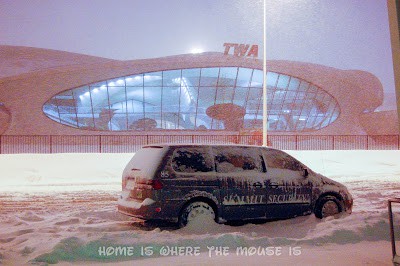 As Christmas was approaching, so was a big winter storm.  Those of you in the Northeast might remember it as the “Holiday Blizzard of 2010”.  The storm hit the day after Christmas, right as we were trying to fly out.  Our flight was canceled and the airport was closed.  We had to spend half the night sleeping on the airport floor.

We managed to get out of the airport and to a nearby hotel.  With no flights available for days, we dug our car out of the airport parking lot and drove to Florida.  We ended up missing out on the first few days of our trip, arriving around midnight on the 28th. 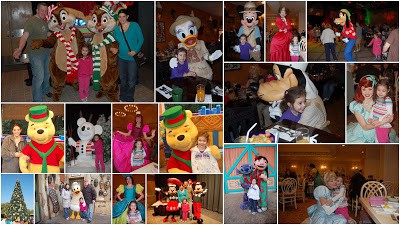 On top of getting there late and missing out on the Candlelight Processional, we were all getting sick.  Even Lisa, who was several months pregnant.  The crowds on the first full day were about what we imagined they would be.  We are used to traveling at peak times, and the amount of people in Disney’s Animal Kingdom on our first full day rivaled the busiest day we had ever experienced before, which was during the week of Easter one year. 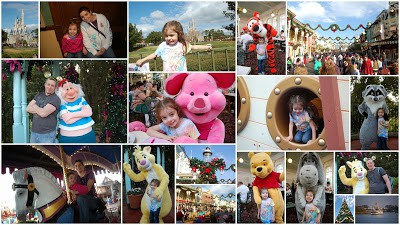 We got to the park pretty early. We had breakfast at the Main Street Bakery, Lunch at the Crystal Palace, and got in a number or character meet and greets, rides, and the Christmas parade.  The crowds weren’t as bad as we anticipated… that is, until we made the mistake of heading back to Main Street, USA around dinner time. 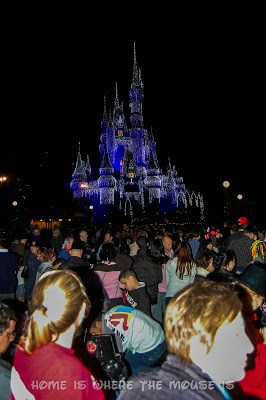 It was absolutely insane!  People were sitting everywhere, having staked out their spots for the evenings’ festivities in front of the castle.  There was only enough room for a single file line of people to walk through, and only in one direction.  Cast Members were position every 100 feet to keep the flow of people moving, or else someone would choose to stop and then nobody would be able to get anywhere.

We braved the crowd and attempted to get something to eat at Casey’s.  Lisa tried to make it across the way to the Tomorrowland Terrace, but was detoured backstage!! She thought she was being forced to leave the park, until she came back into the park at the front of Main Street, USA!  She made her way back to Casey’s and we ate our food standing up, had a meltdown, and almost left…

But we decided to go to the back of the park, and it turned out there were a lot less people once you got away from the front of the park.  We found a place to sit in Fantasyland, and we even ventured over to Tomorrowland for a while before returning to our Fantasyland spot to enjoy the fireworks! 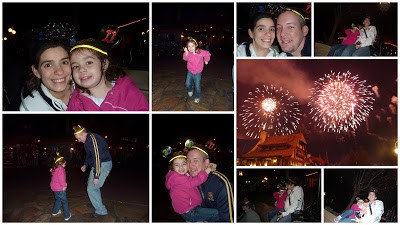 We had a great view and were so glad we didn’t leave. 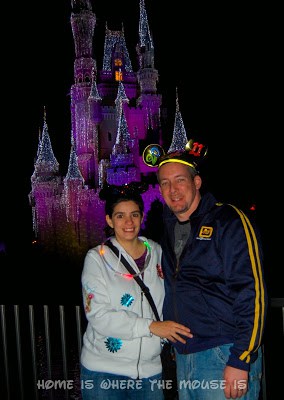 I think we’ll do it again someday.  Despite everything that went wrong with our trip, we’ll never forget that night.  I just think that if you’re going to do the Magic Kingdom on New Year’s Eve, you have to understand that’s the main reason for being there on that night.  Anything else you can see or do while you’re in the park is icing on the castle.

If you choose to ring in the New Year in Walt Disney World, you won’t regret it, as long as you temper your expectations for how many attractions you’ll get done, and prepare yourself for the crowds. 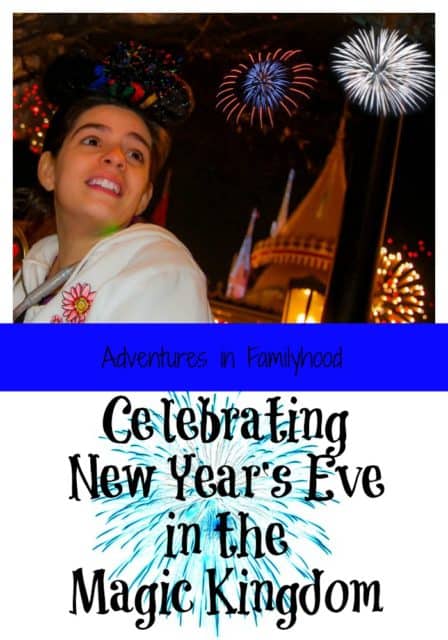