Welcome to this month’s Blogorail Red Loop. Today we are all of the new magic you can experience at Walt Disney World in 2016.

Walt Disney World’s original theme park is celebrating its 45th birthday this year! Here’s what’s new at the Magic Kingdom for your family to enjoy! 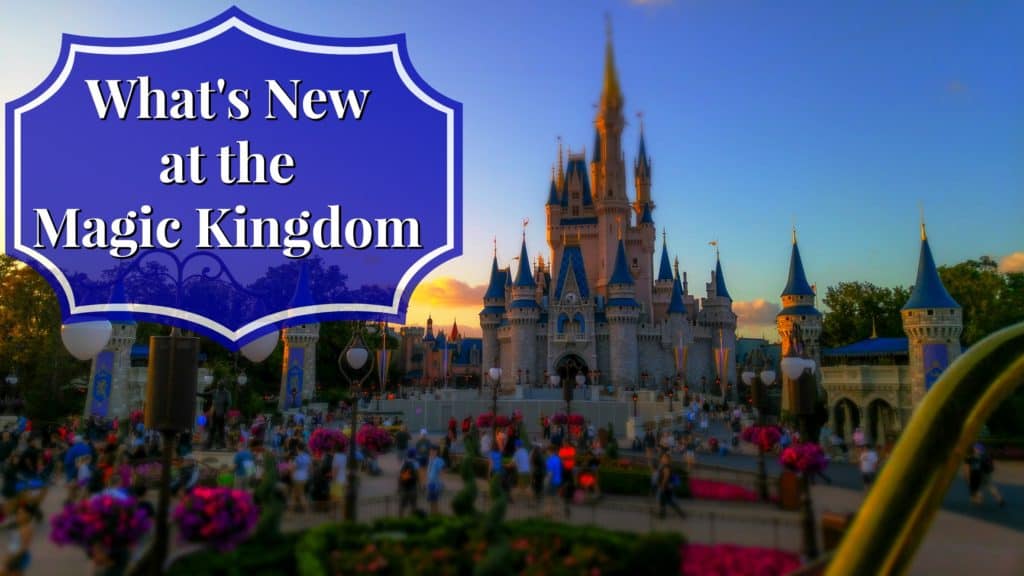 There’s a lot going on at the other parts of Walt Disney World Resort.  So it’s understandable that the Magic Kingdom theme park is kind of quiet right now.   After all, it’s only been a few years since Magic Kingdom’s largest expansion, “New Fantasyland” was completed.  The castle hub also just had a major renovation.

Still, things are always changing.  Walt Disney World’s Magic Kingdom has a few new things for guests to enjoy as 2016 ends and 2017 gets set to begin. 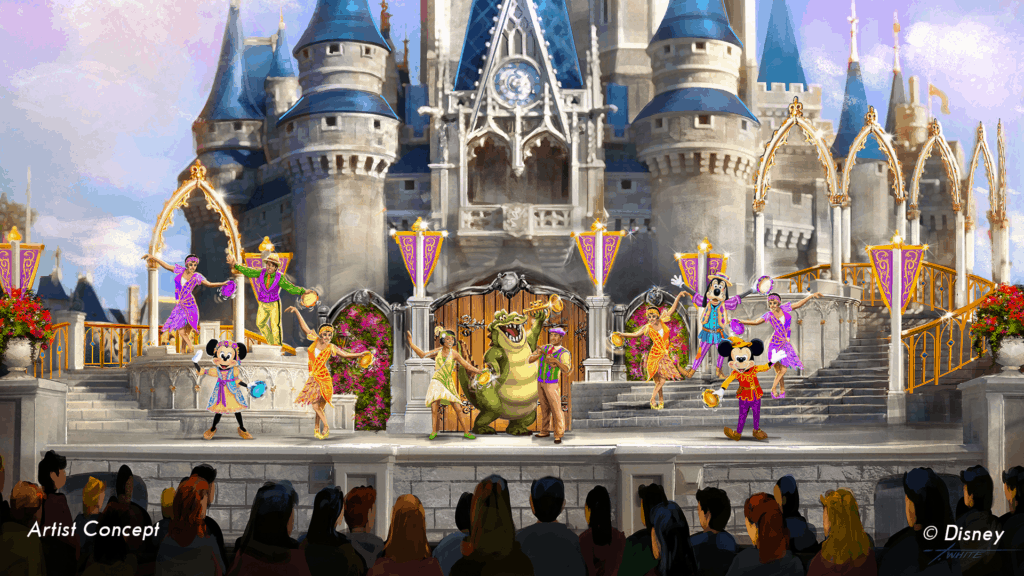 The new “Once Upon A Time” Castle Projection show replaced “Celebrate the Magic” in early November.  Mrs. Potts narrates the new show. She tells Chip bedtime stories of some of your favorite Disney tales.

“The Muppets Present… Great Moments in American History” is a show performed several times at the Heritage House in Liberty Square.  Guests can hear stories about the birth of America and its founding fathers as only the Muppets could tell them.

There have been no announcements of any new attractions being added to the park.  However, there are rumors swirling about Stitch’s Great Escape getting a makeover.  It has recently gone to a seasonal schedule.  In addition, two classic attractions were updated using MyMagic+ technology.

Guests with MagicBands riding both The Haunted Mansion and it’s a small world will see personalized effects at the end of each attraction with their names. 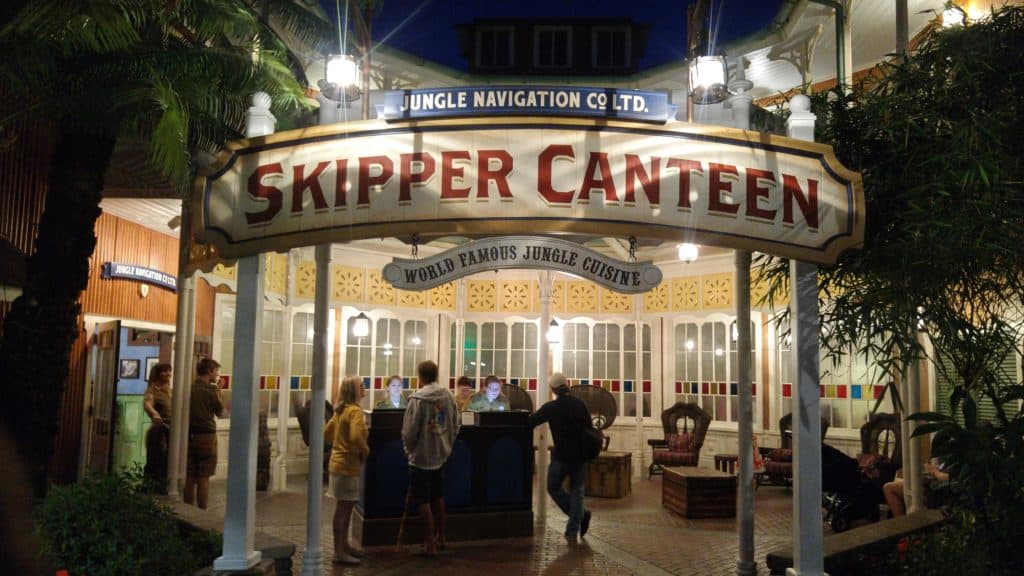 The Jungle Navigation Co. Ltd. Skipper Canteen arrived late in 2015 to Adventureland.  Inspired by the World Famous Jungle Cruise attraction, it offers Asian, South American and African style fare in a setting fit for Jungle Cruise Skippers.  Check out the menu for lunch and dinner here. 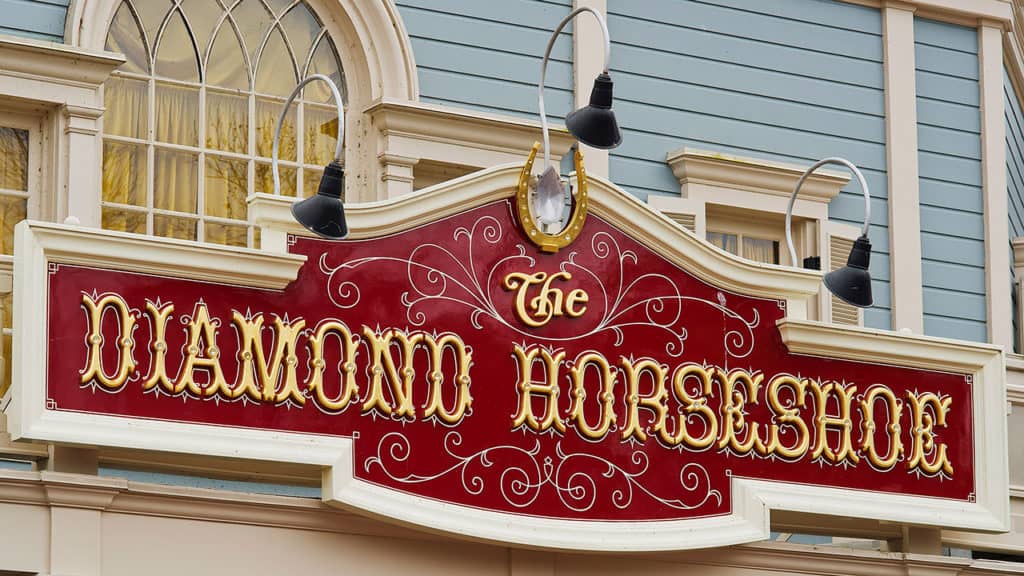 Not to be outdone, Frontierland added another food option with the all-you-can-eat lunch and dinner at the ol’ Diamond Horseshoe music hall.  I enjoyed the Diamond Horseshoe Revue as a kid, but the show they used to do is long gone. More recently, the Diamond Horseshoe has been host to meet & greets, special party events, and has served snacks.  Now it’s got a full meal being served, giving Magic Kingdom guests yet another dining option.  You can check out the menu here.

The stars of Zootopia are now a part of the Move It! Shake it! Dance it! Play it! parade.  There is no word on a meet & greet for the pair yet. The Magic Kingdom is the only park where Zootopia fans can see Nick and Judy! 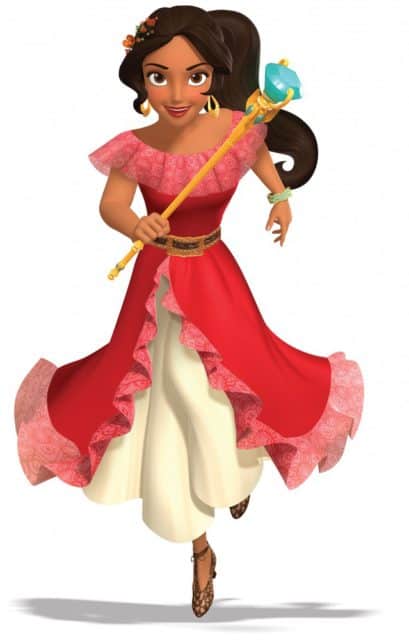 The Magic Kingdom welcomed a new princess this summer.  Following the debut of her new series on Disney Channel, Disney’s first Latin Princess arrived in Walt Disney World. Elena of Avalor is a young woman who saves her kingdom and then must learn how to lead it.

Because of the opening of the new Frozen attraction and Meet & Greet area, Anna and Elsa have been relocated to their new Norwegian home in Epcot.  Therefore, they will no longer do meet and greets at the Magic Kingdom.  Guests will now be able to meet Cinderella and Elena together on one side of Princess Fairytale Hall. The other side will feature Rapunzel and Tiana. Character appearances are always subject to change, but this is a pretty big shift to be aware of as this affects the Magic Kingdom FastPass+ planning for many families.

So, there’s a few new things to see and do at Magic Kingdom.  All this, plus your favorite attractions and annual favorites like Mickey’s Not So Scary Halloween Party and Mickey’s Very Merry Christmas Party!

For more of what’s happening at the Disney Parks, check out the other great posts from the Blogorail!

Here is the map of our Magical Blogorail Red | What’s New at the Disney Parks Loop: